I'm sure you are very much aware – the NDP-Liberal government is making life in Canada more and more expensive. I know I’m not the only one concerned about this – it’s the number one issue I’m hearing from Canadians. The Bank of Canada revealed that the carbon tax has increased inflation by nearly half a percent, and the fall economic statement and the Liberal’s fiscal update will add $70 billion of new spending to our books. The NDP-Liberal government continues to spend your money while the prices of gasoline and groceries skyrocket.

During this week of Holocaust Remembrance, I spoke in the House of Commons to support my colleague Kevin Waugh’s Bill C-250, an Act to amend the Criminal Code and criminalize the denial or distortion of the Holocaust. As antisemitism rises across the country, I will continue to speak out against the hate and violence that is rising at alarming rates in Canada.

Here are some updates from the last couple of weeks on the job.

As always, I encourage you to reach out on issues that matter to you and our community. My staff and I are here to help.

As a young person, you need the experience to get a job but you need a job to get experience. Our office wants to give that experience. Chip in $100 to help put a young Thornhiller to work in our office this summer.

My Speech on Holocaust Denial 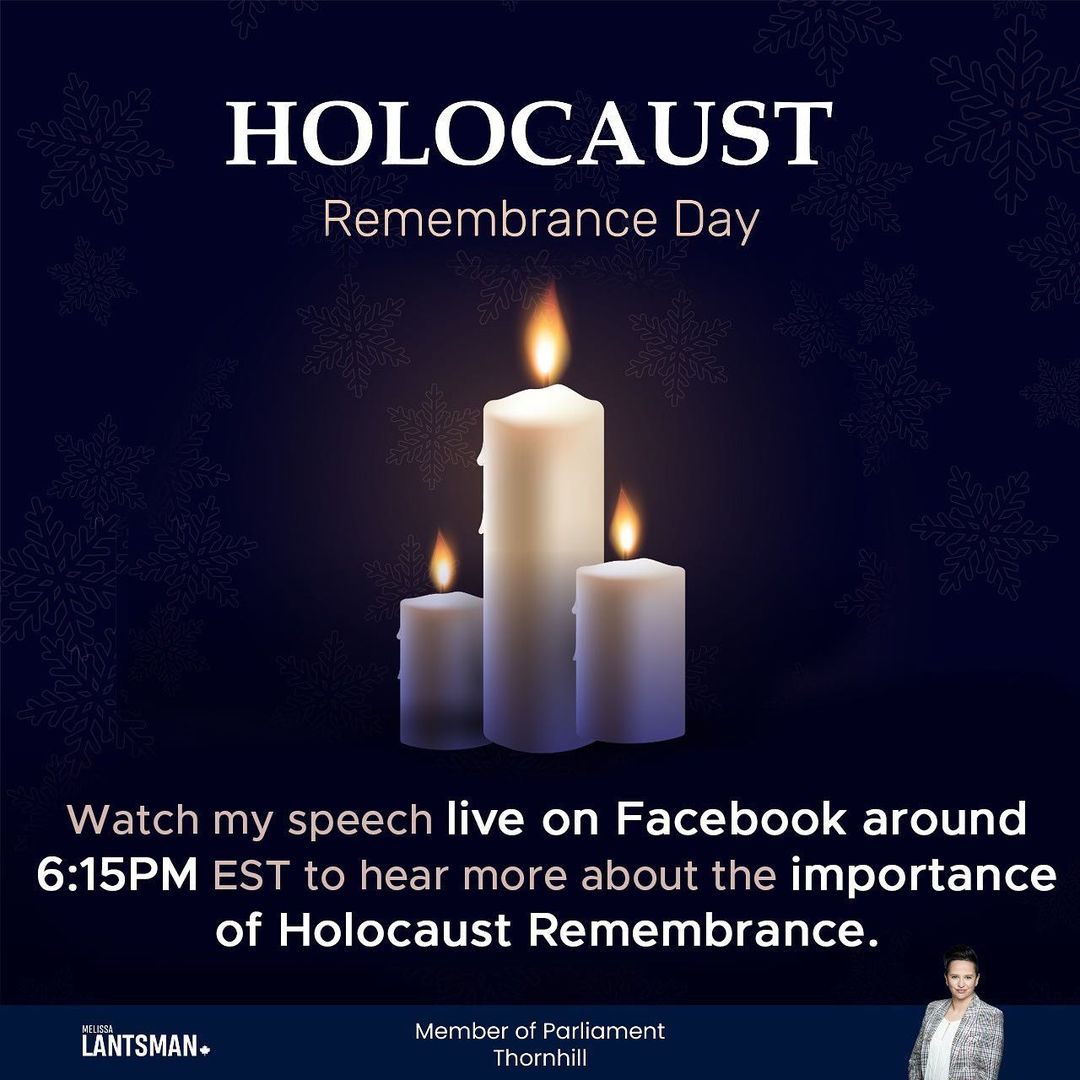 Canadians across the country reflect on the unique horror of the Holocaust, pay tribute to the innocent victims, honour the survivors, and recognize the righteous who risked their own lives to save the lives of strangers.
The Holocaust was one of the darkest chapters in human history and on this day - I’ll speak in the house about this. 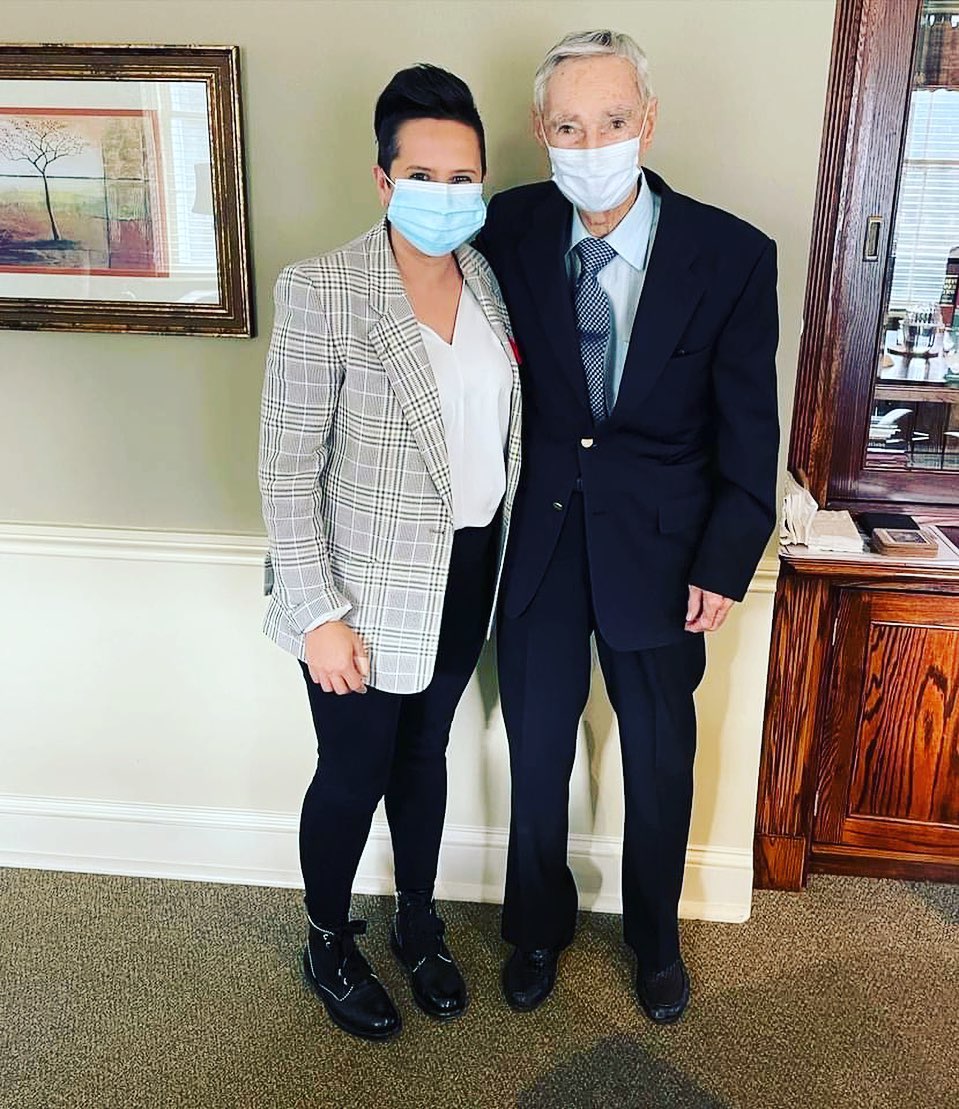 Saddened to learn of the passing of Dr. Byrnes Shouldice of the Shouldice family and world-renowned hernia hospital in #Thornhill. The absolute gold standard for speciality care. May his memory be a blessing to so many he’s helped. 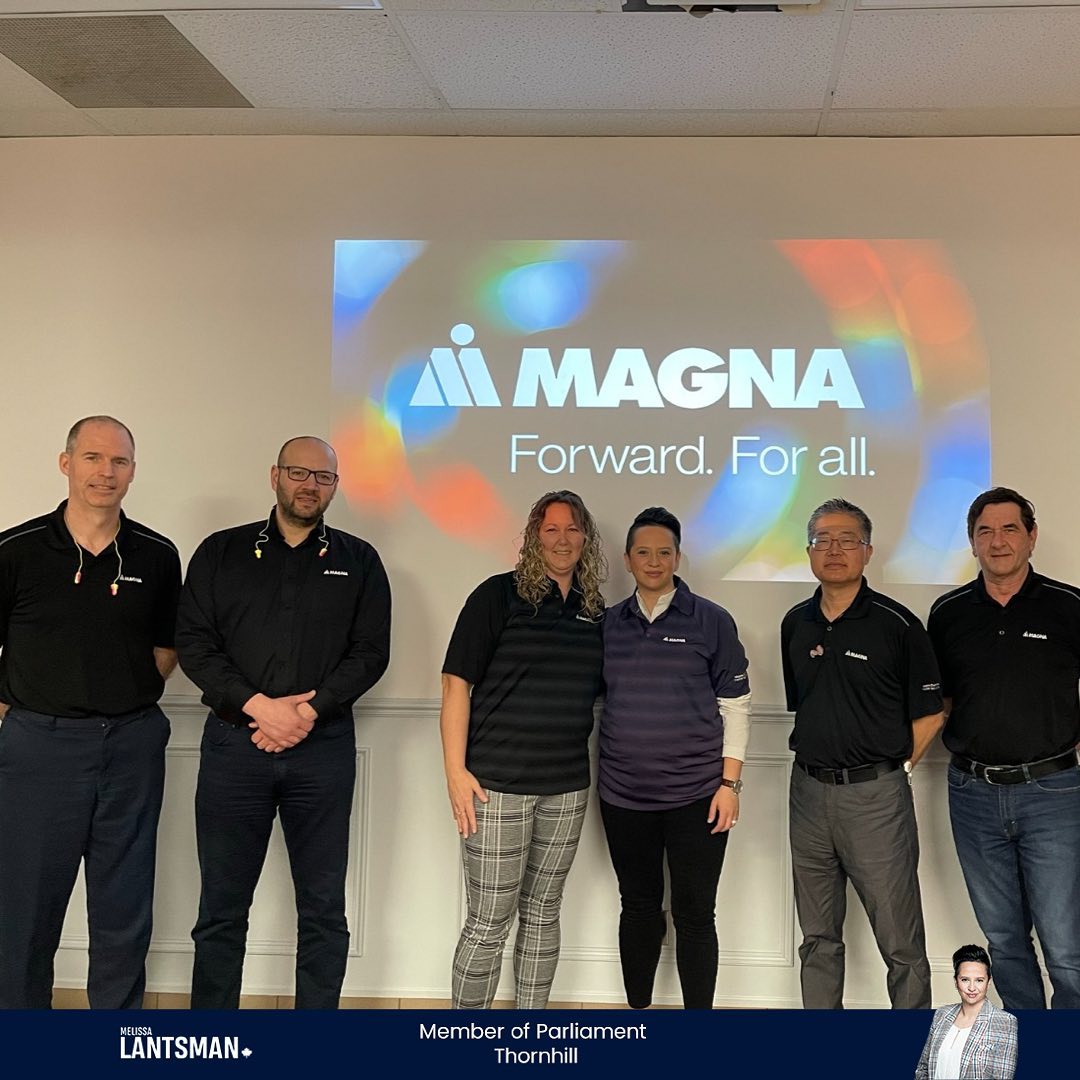 Had an opportunity to visit Tycos Tool & Die, a division of Magna International. They're the changing face of North American manufacturing, utilizing cutting edge technology to increase efficiency and productivity of its workforce. 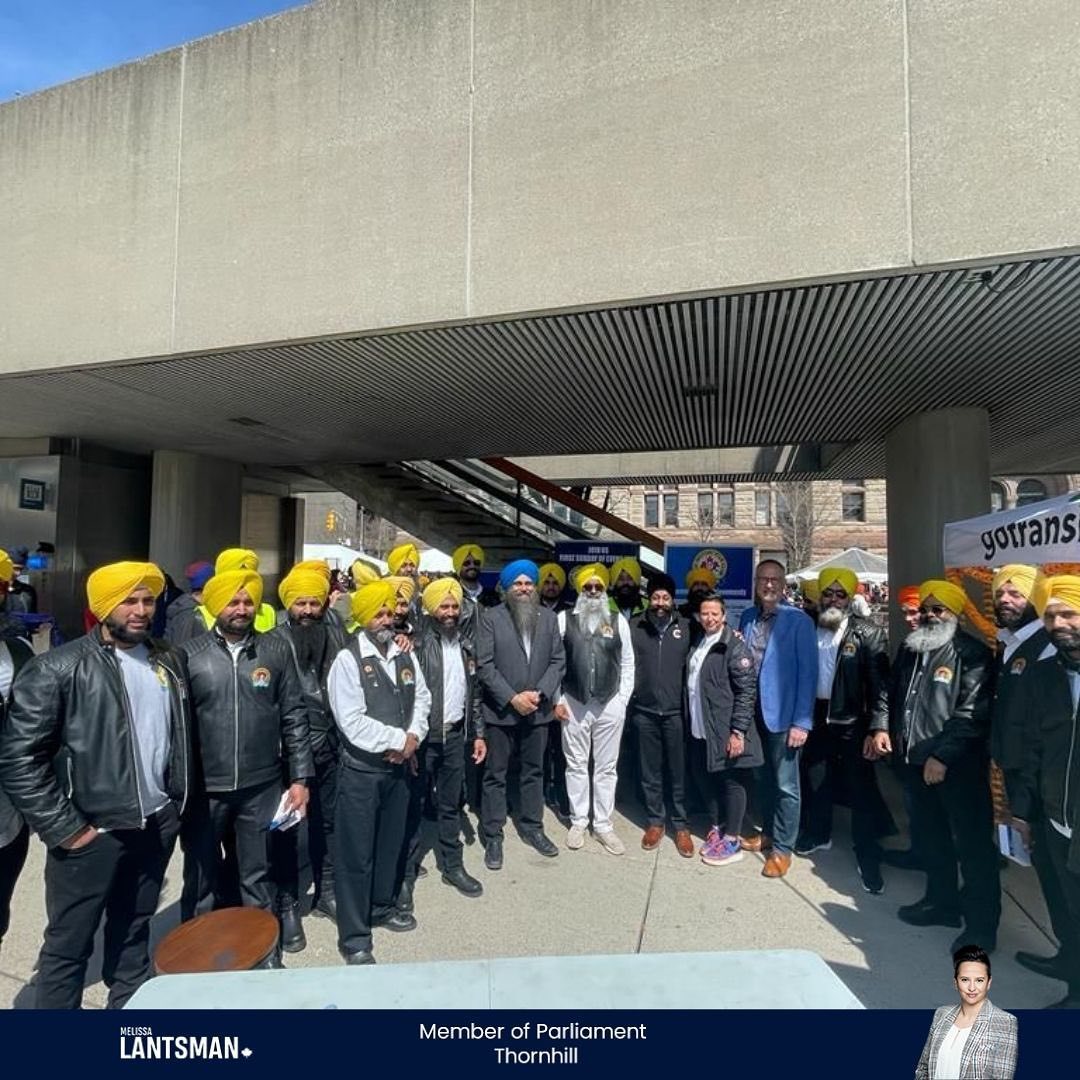 Khalsa celebrates the Sikh New Year and this is Toronto’s 44th celebration.
Happy to see thousands out to celebrate today and I was honoured to join them. 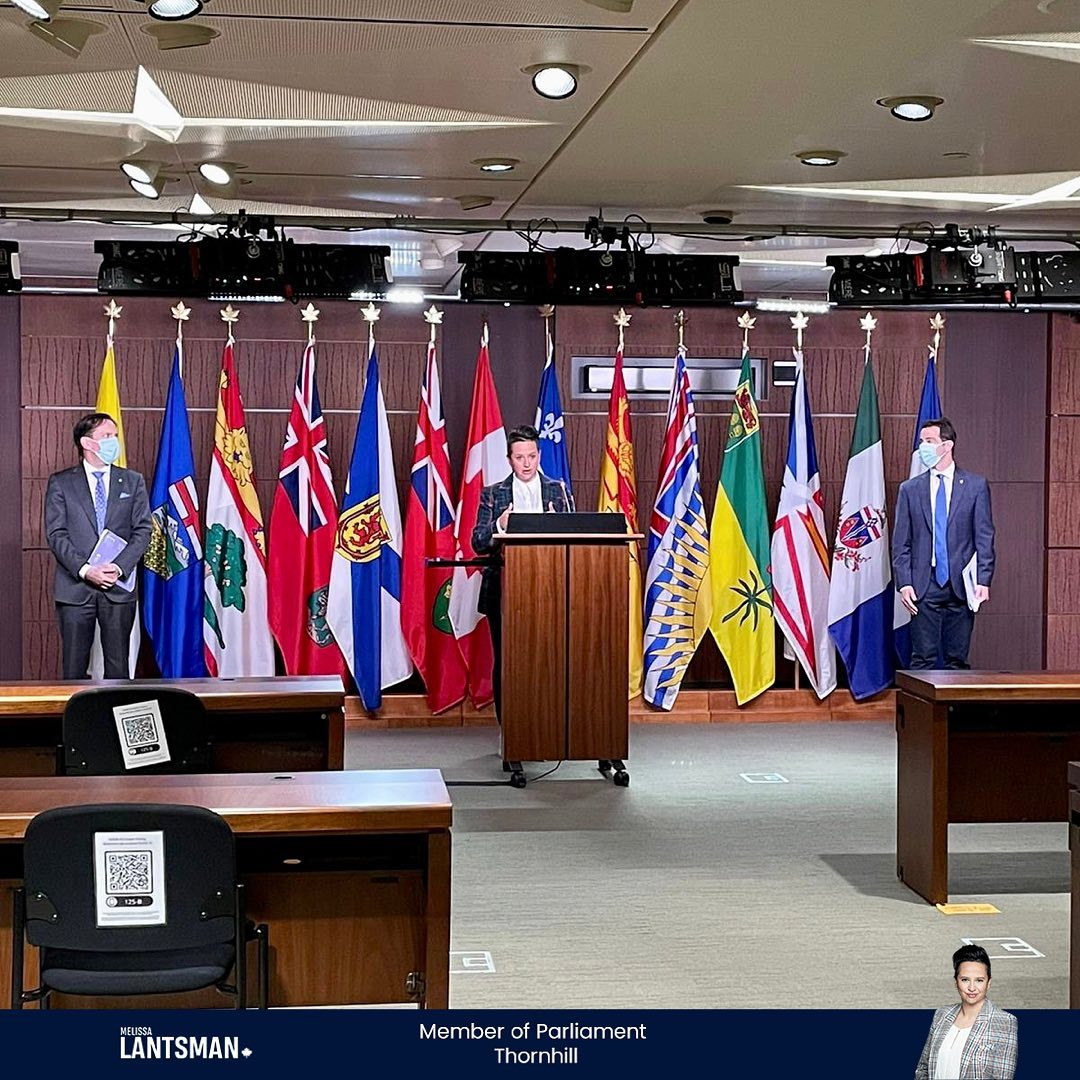 I was honoured to speak at a press conference with B’nai Brith to address the rising amount of antisemetic hate crimes that we are seeing in our communities. Hate has no place in Canada. 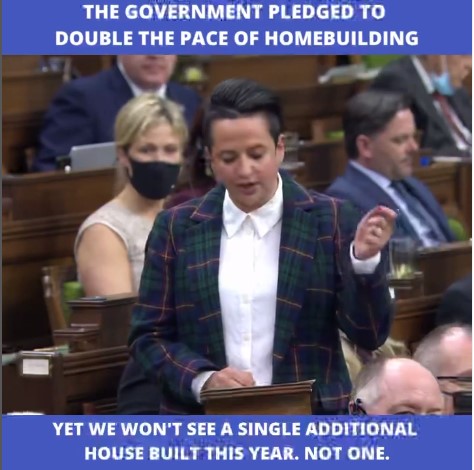 50% price increases in homes across the GTA just in the last two years, yet not a single new home will be built this year. Not one.
The last few years prove it. 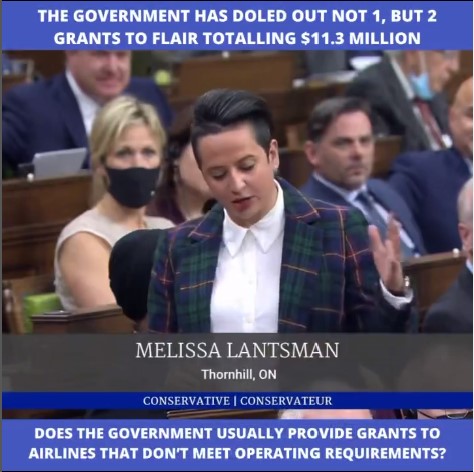 $11.3 million in subsidies were given to Flair Airlines, a company that does not meet the legal requirements to operate an airline in Canada.
Will the Federal government require that Flair Airlines return the contribution agreement funds in light of the Canadian Transport Agency’s decision? Why did the government approve funding to a company under active investigation by the regulator? 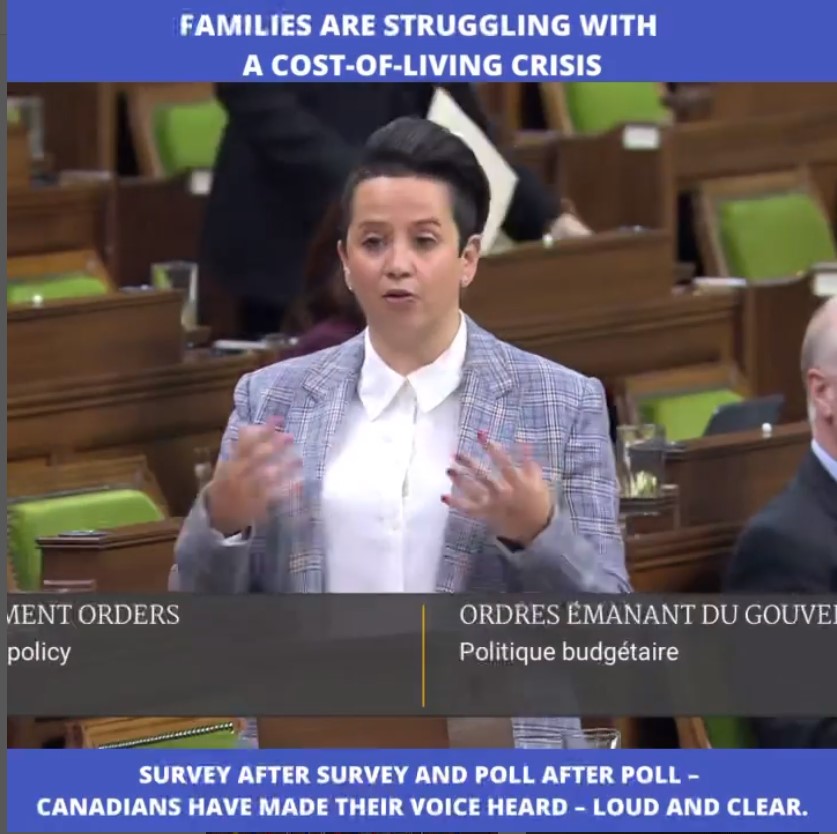 Canadians have made their voice heard – loud and clear. Everything is getting expensive and the NDP-Liberal government is not listening. 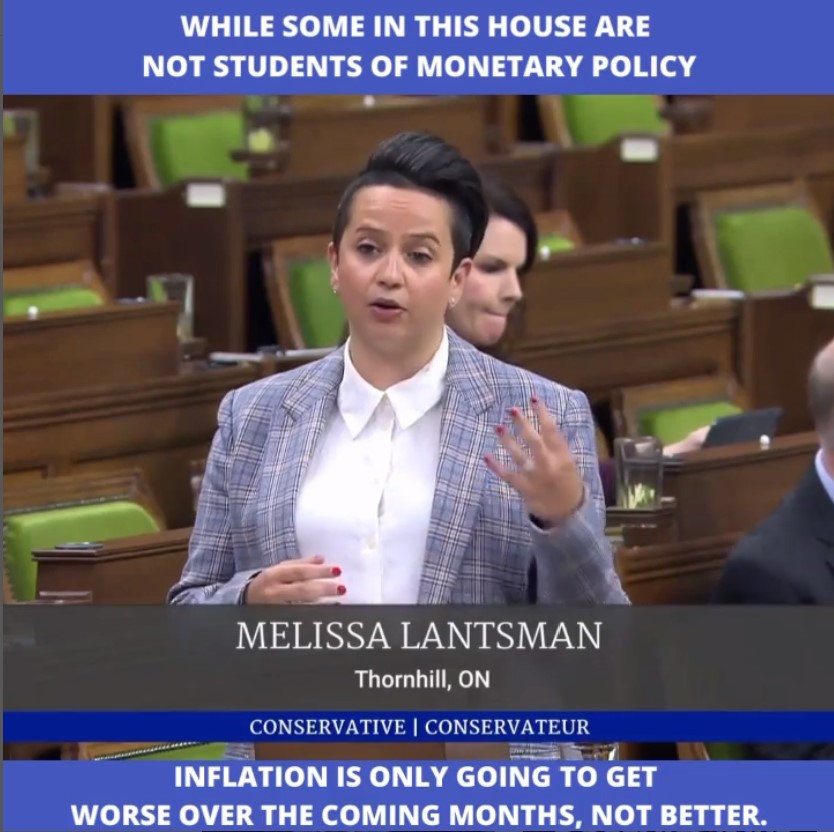 Federal debt is projected to reach $1.25 trillion this fiscal year. ❌

We have record high personal indebtedness to disposable income of over 186%. ❌

I hear alarm bells, do you hear them too? 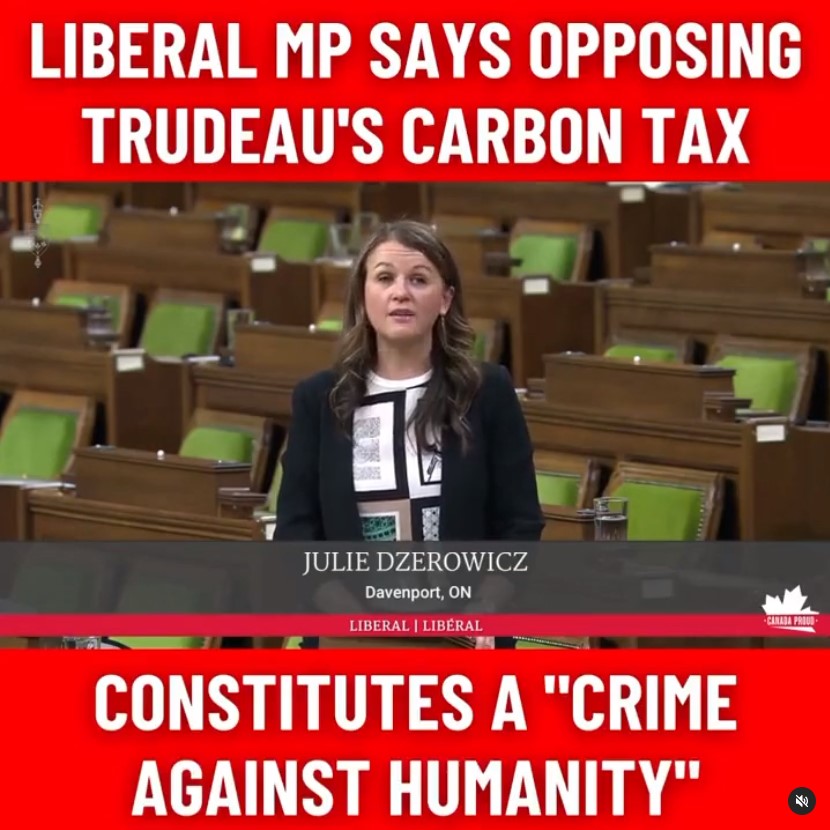 If you don’t agree with the Liberal’s carbon tax they think you are committing crimes against humanity.
What an outrageous statement. 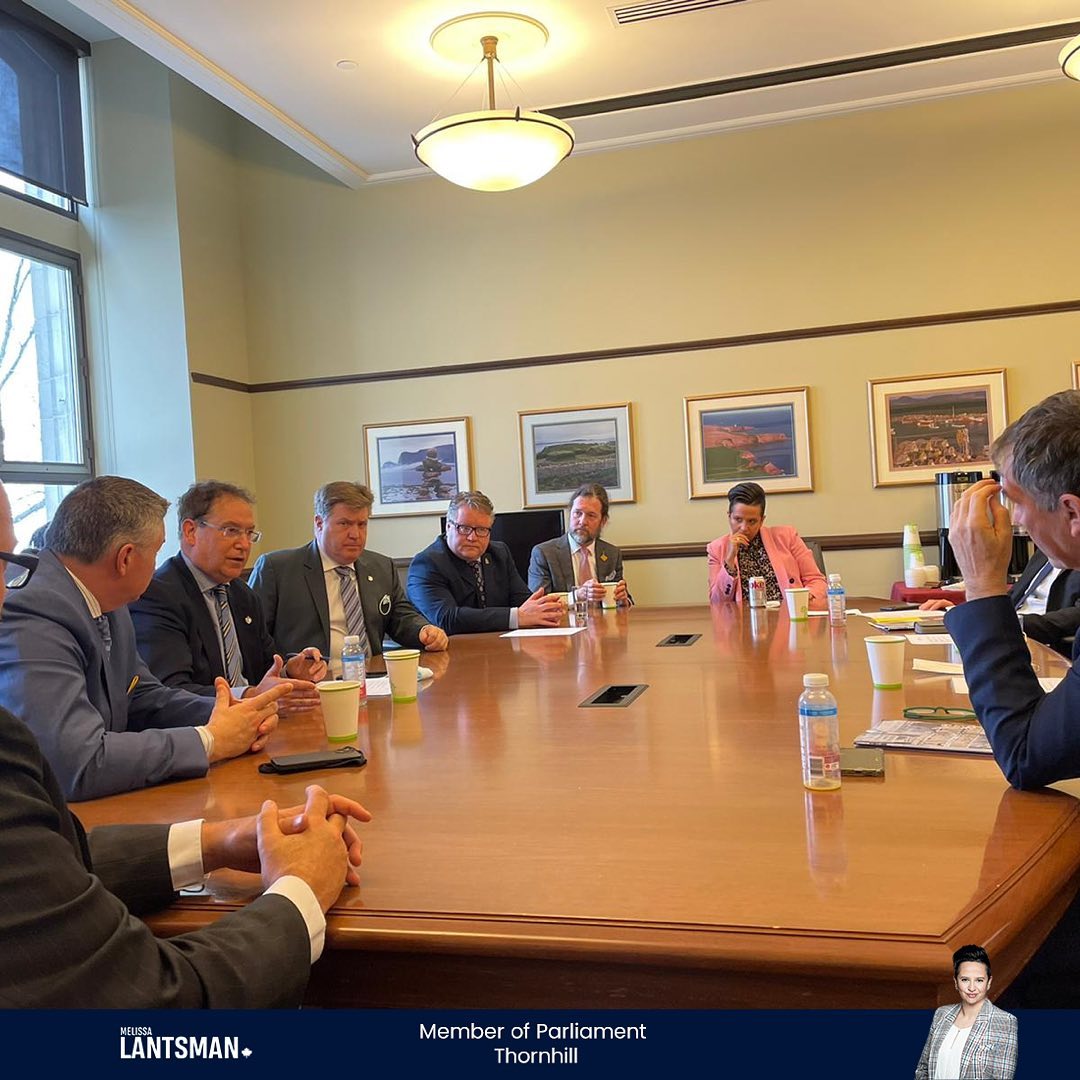 Along with some of my Conservative colleagues, I was honoured to meet with Members of the Israeli Knesset to discuss the rising levels of antisemitism in Canada, along with the hope and resilience that Israel represents to the world. 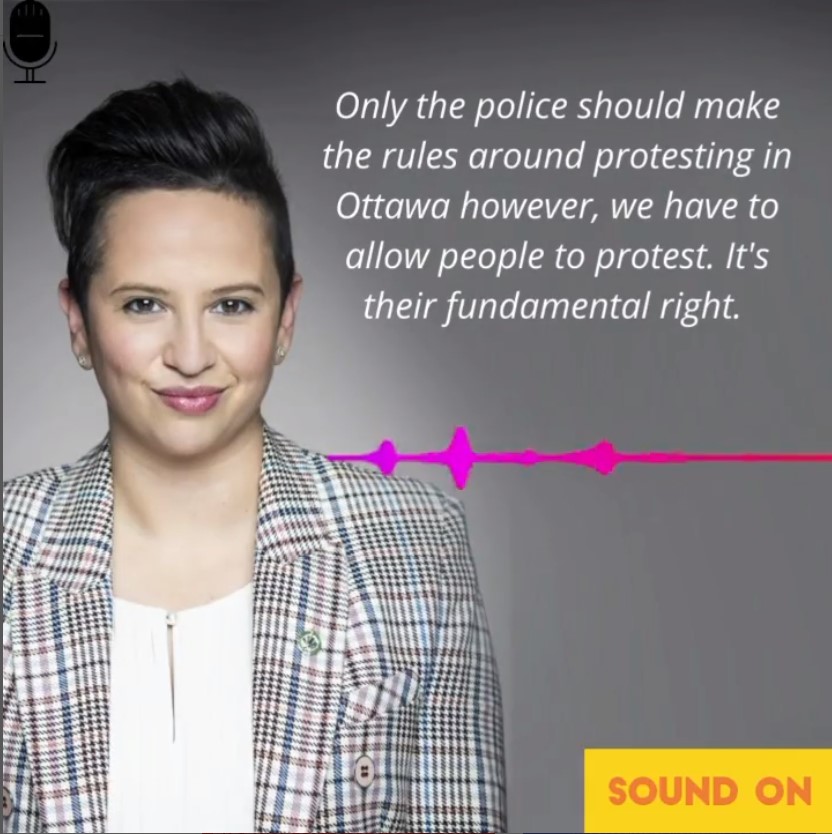 Listen to what I had to say about the Rolling Thunder convoy and the Ottawa Police on the John Moore Morning Show. 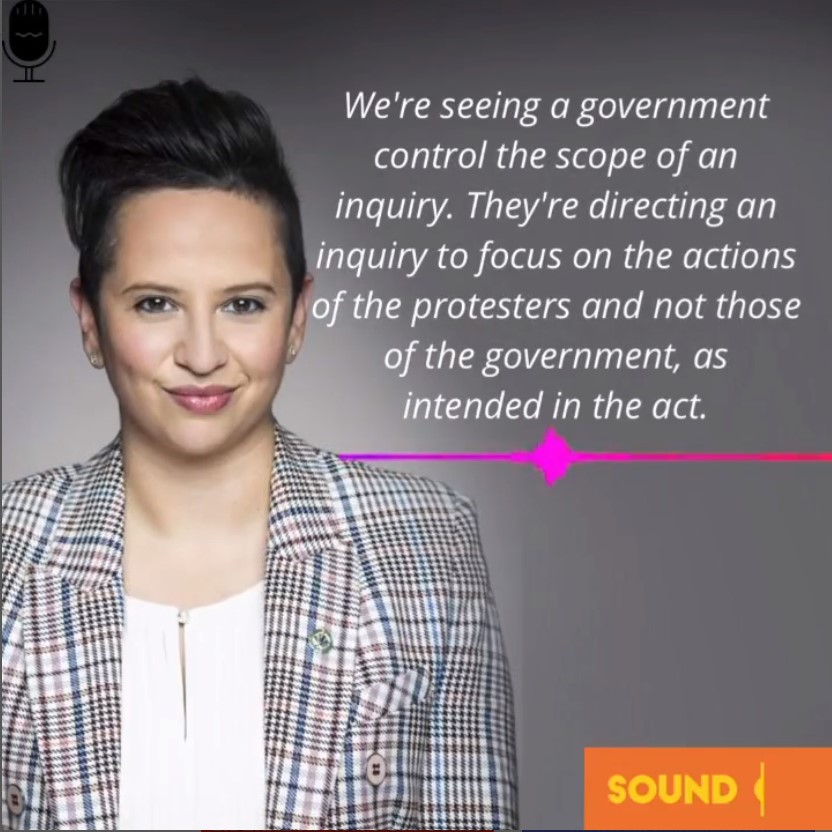 Listen to what I had to say on the John Moore Morning Show about the mandatory inquiry on invoking the emergency act by the government. 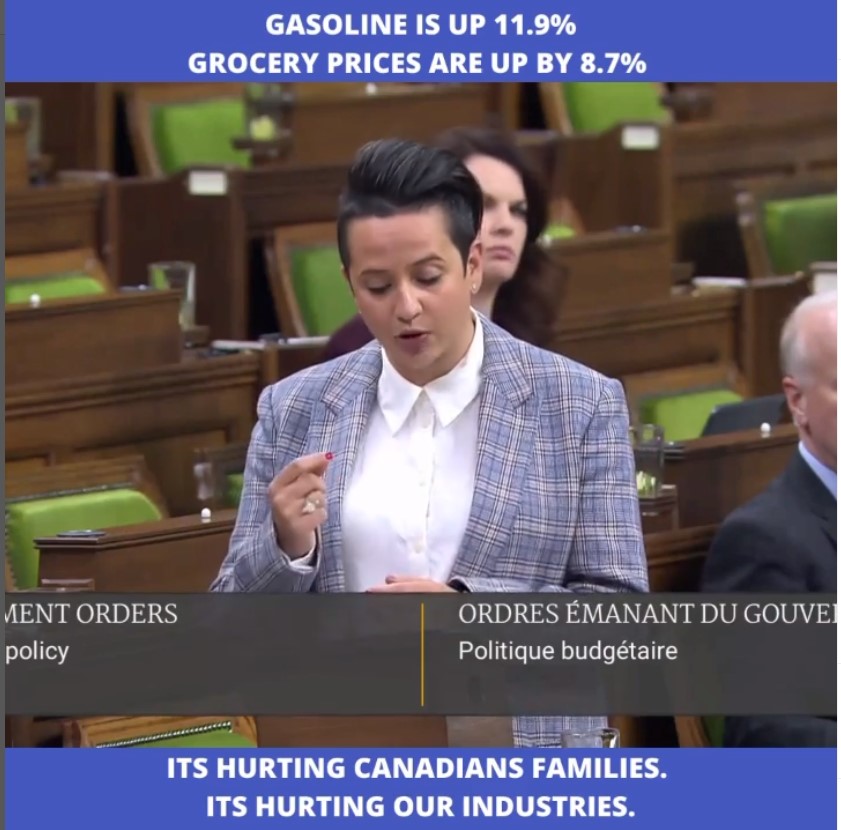 Does your wallet feel extra light lately? Canadians know better than anyone - the prices of groceries and gasoline are going up. It is time for the government to acknowledge that our country is in a cost of living crisis. 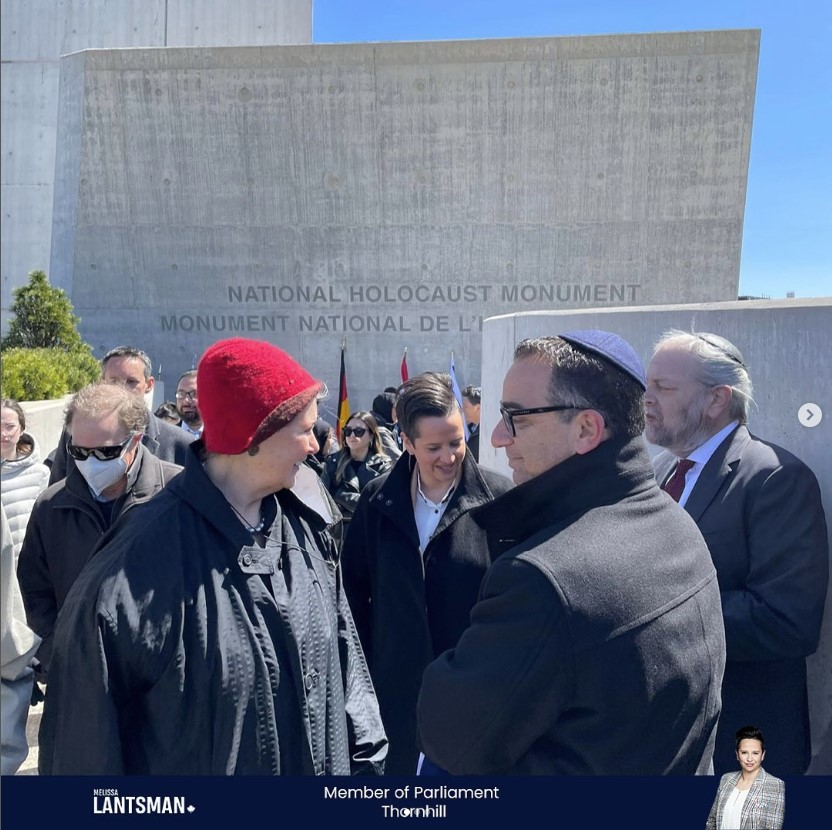 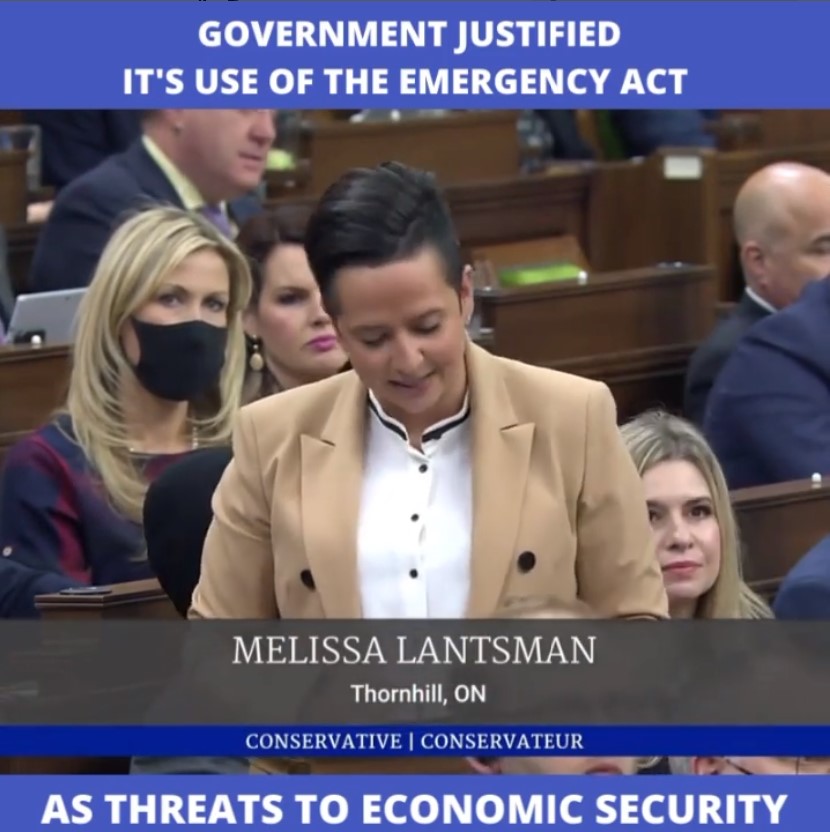 When the rail blockades put economic activity to a halt, the government did nothing, but yet they enacted the Emergencies Act in 2022 even though cross-border trade went up 16% in February.
Why did the government deem one protest a threat and not the other? 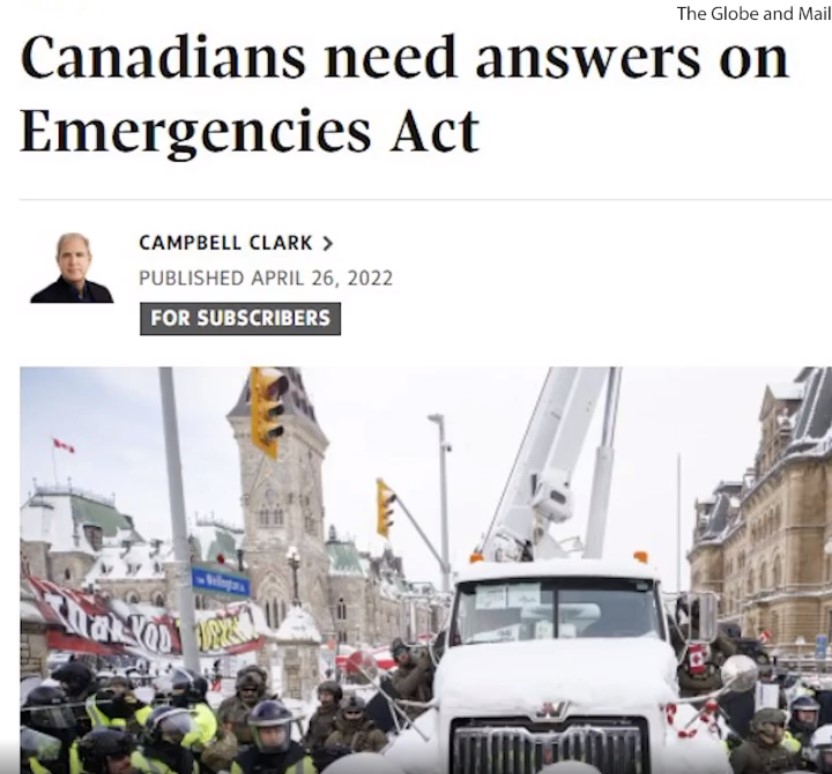 Typical. Instead of telling the truth to Canadians, Trudeau is failing to admit his government's use of the Emergencies Act was unjustified. What else has he hidden from Canadians under the guise of cabinet secrecy?