The winter is coming, and as the season changes, taxes are going up.

The winter is coming, and as the season changes, taxes are going up.

Despite home heating prices being projected to double this winter, the Liberals are forging ahead with their plans to Triple, Triple, Triple the Carbon Tax. Liberal arrogance was on full display this week when one of Justin Trudeau's ministers said that he was "sick and tired of hearing people talking about the cold winter".

Well, Minister - Canadians are sick and tired of seeing their bills go up by hundreds of dollars each year.

Rather than blame people who just want to stay warm, the government should do what we all know is necessary: end the tax hikes and scrap the carbon tax. That's what Conservatives are fighting for in Ottawa - we will always stand up for you, even when Liberals refuse to listen.

To stay up to date - follow me on social media: 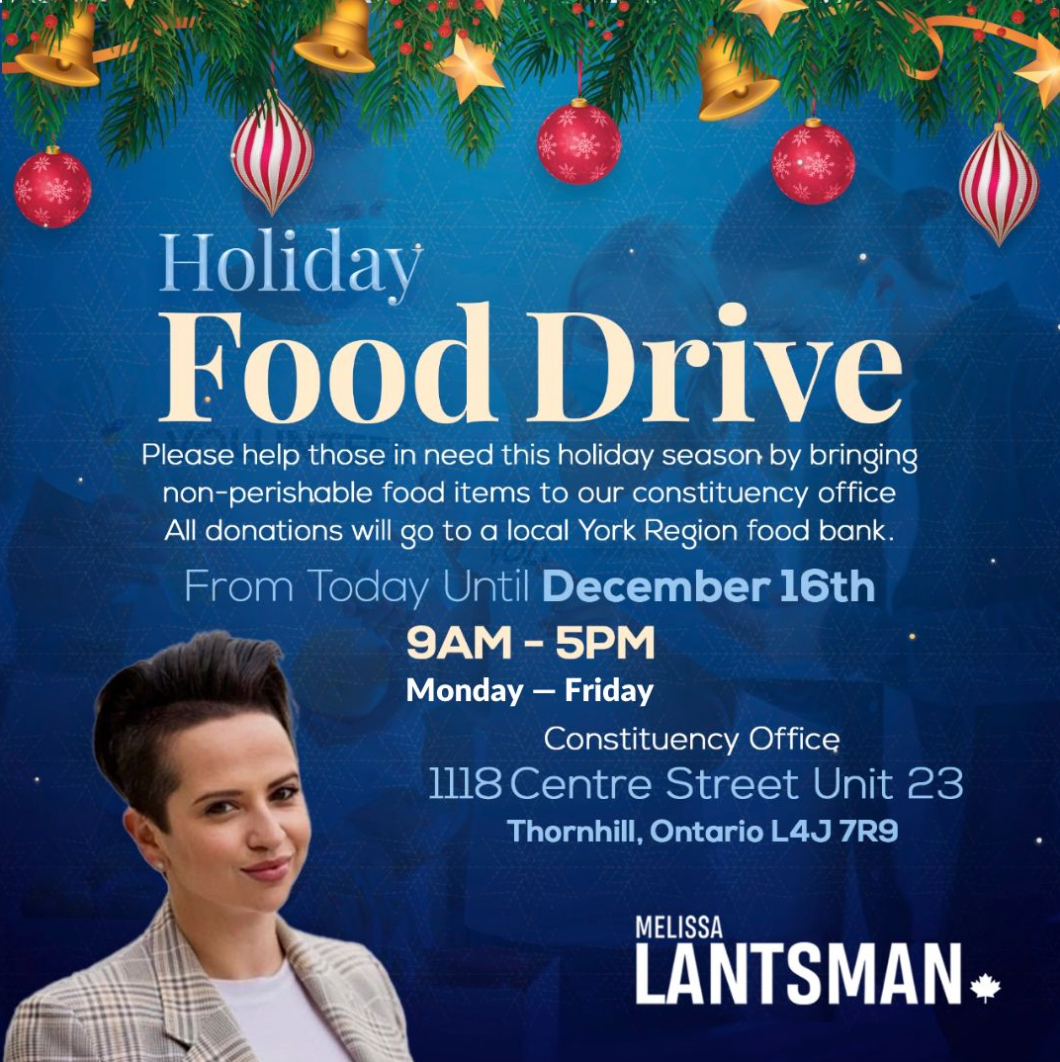 The holiday season is almost here and now more than ever, our neighbours are in need. Stop by my constituency office until December 16 to support local food banks and families at this crucial time. 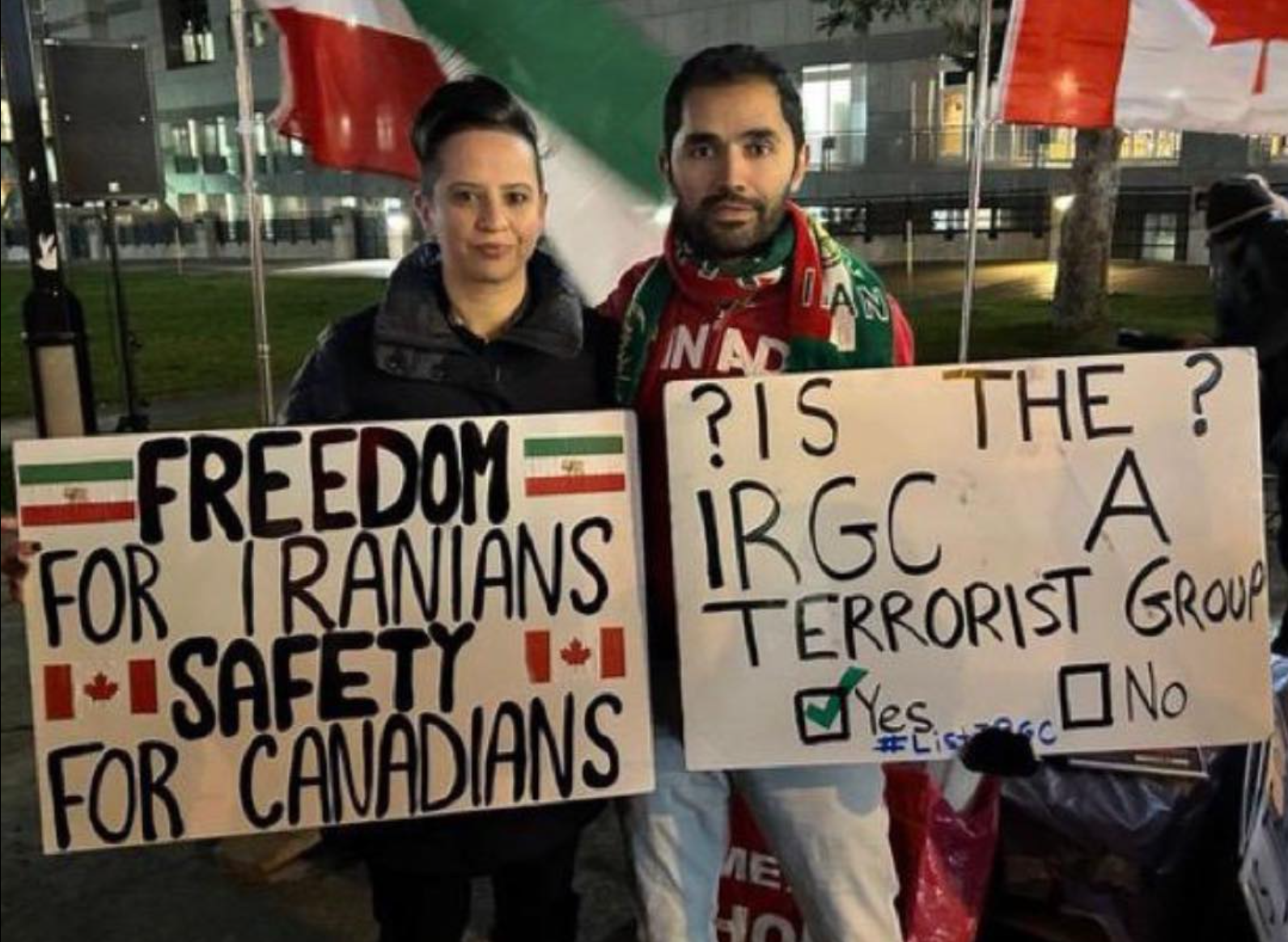 In the last 57 days, Iran’s regime has imprisoned almost 15,000 freedom fighters, murdered hundreds of protestors and threatened to execute hundreds more, yet their strength persists. The people here continue to fight every day when our government does not. I will always stand with them. 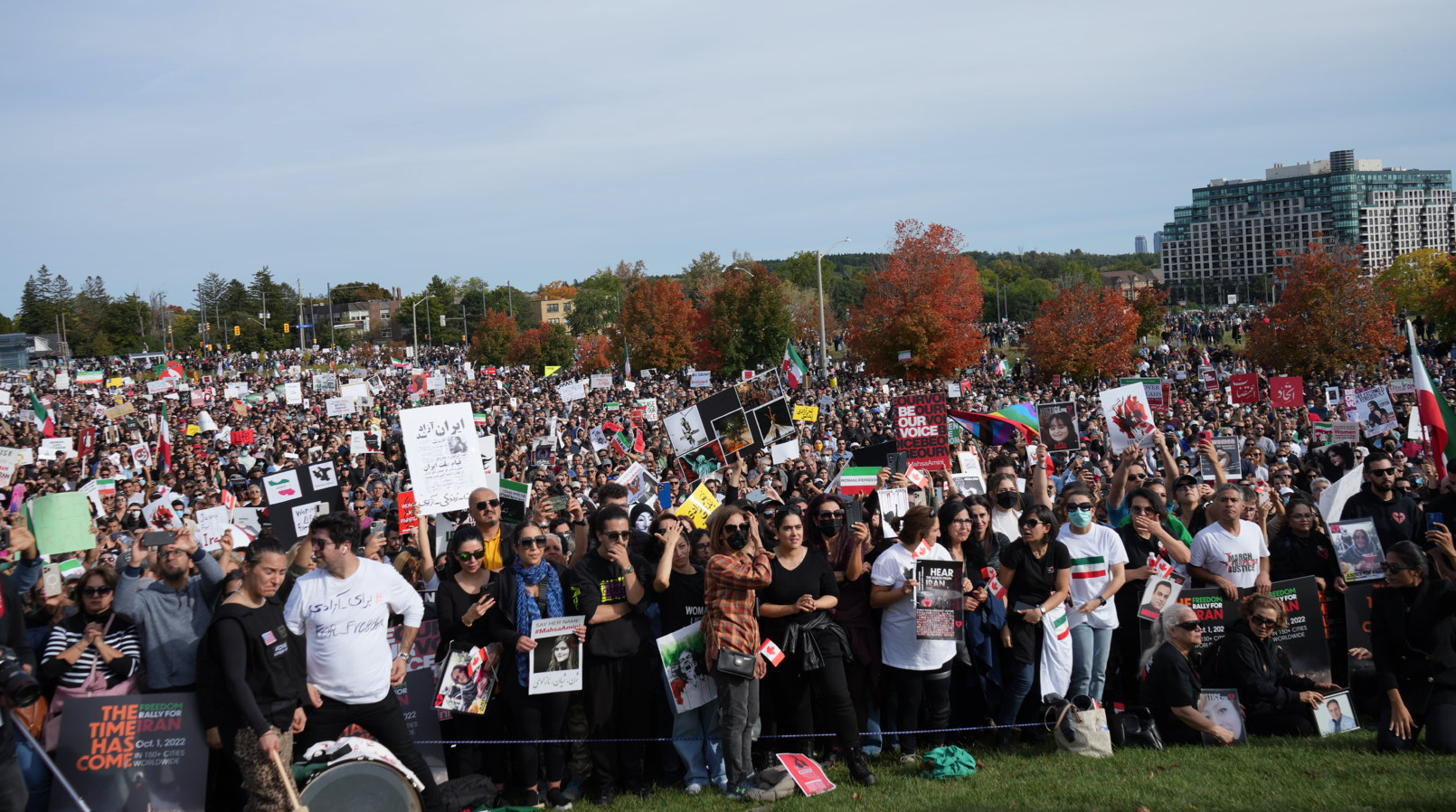 Moreover, we learned that Canadians are being threatened by the IRGC here on our soil. I recorded a video imploring the government to act to protect innocent lives:

Despite the grave danger many face, the Liberals refuse to list the IRGC as a terrorist organization. I asked them in the House of Commons: will they put the safety and security of Canadians first and finally take action against the IRGC? 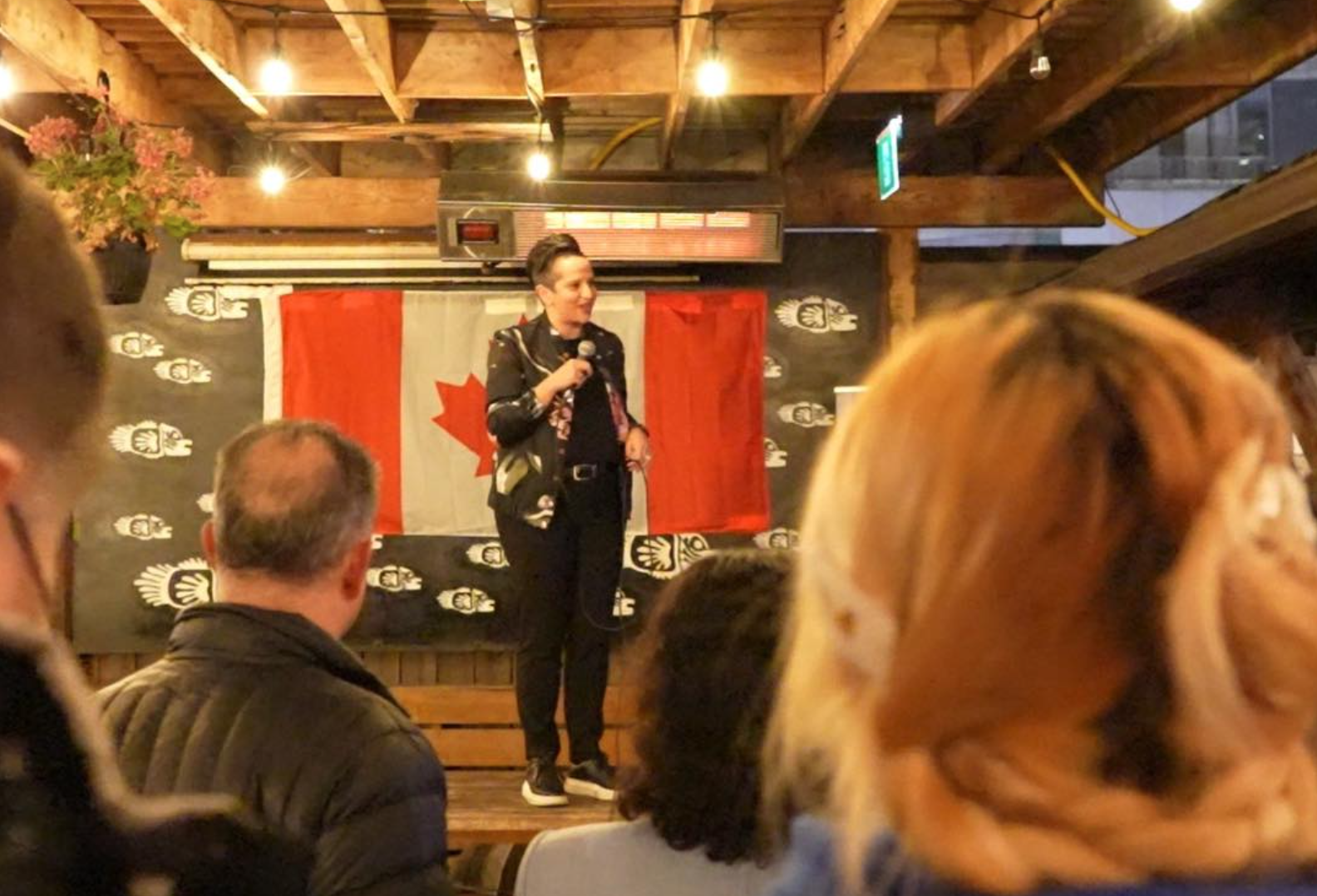 Thank you to the hundreds of dedicated and passionate Canadians who came out to our Conservative Networking Night in Willowdale - it was a huge success. Stay tuned for more dates!

Working for you in our Community

Happy 25th anniversary on the twinning between the City of Vaughan and Baguio City in the Philippines. Here’s to a strong future of friendship and sharing of opportunities between these sister cities

Was glad I could stop by to celebrate with our friends from the Filipino Canadian Association of Vaughan. 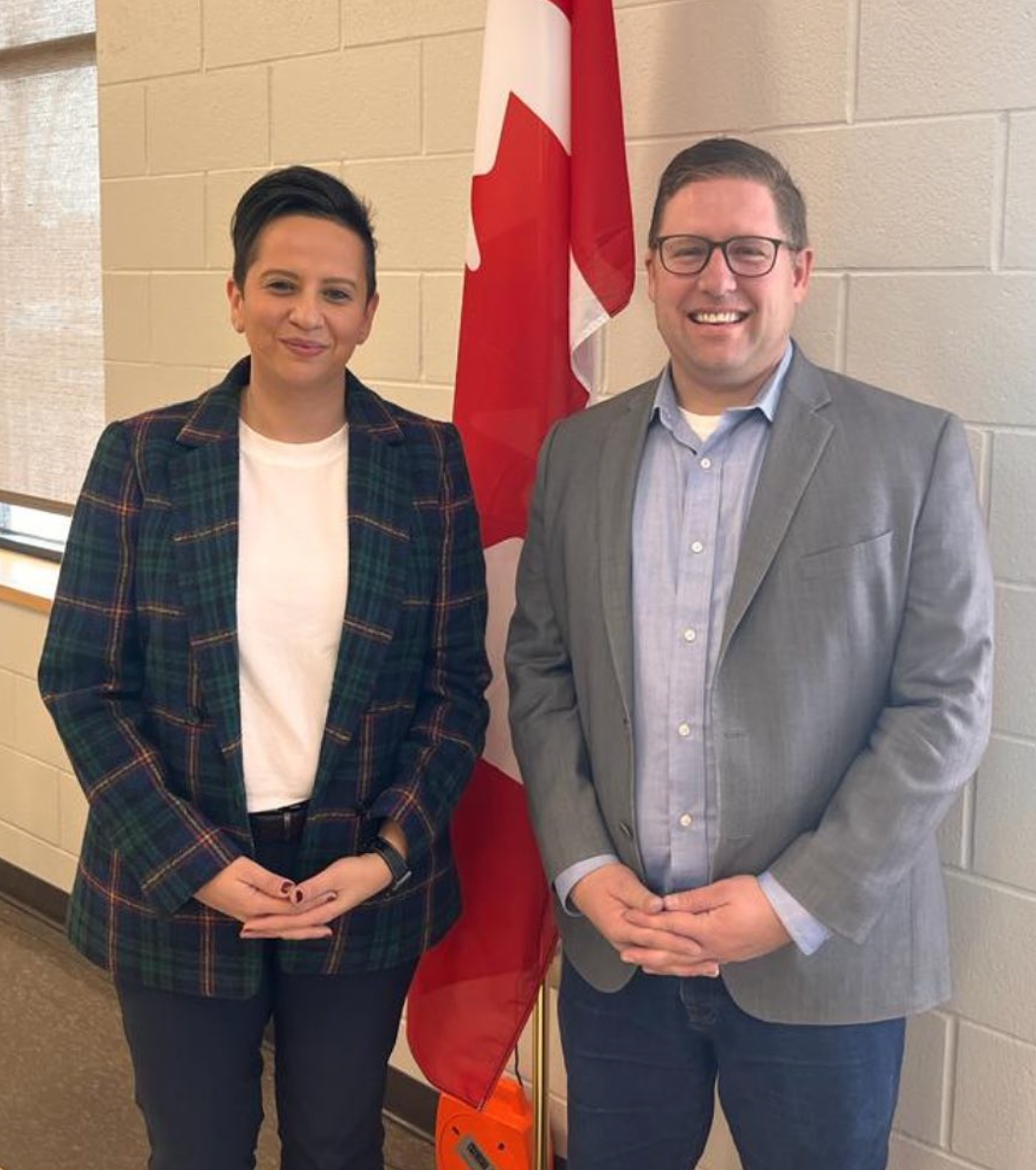 Got some great advice from longtime party members and met a lot of new ones too.

Working for You in Ottawa 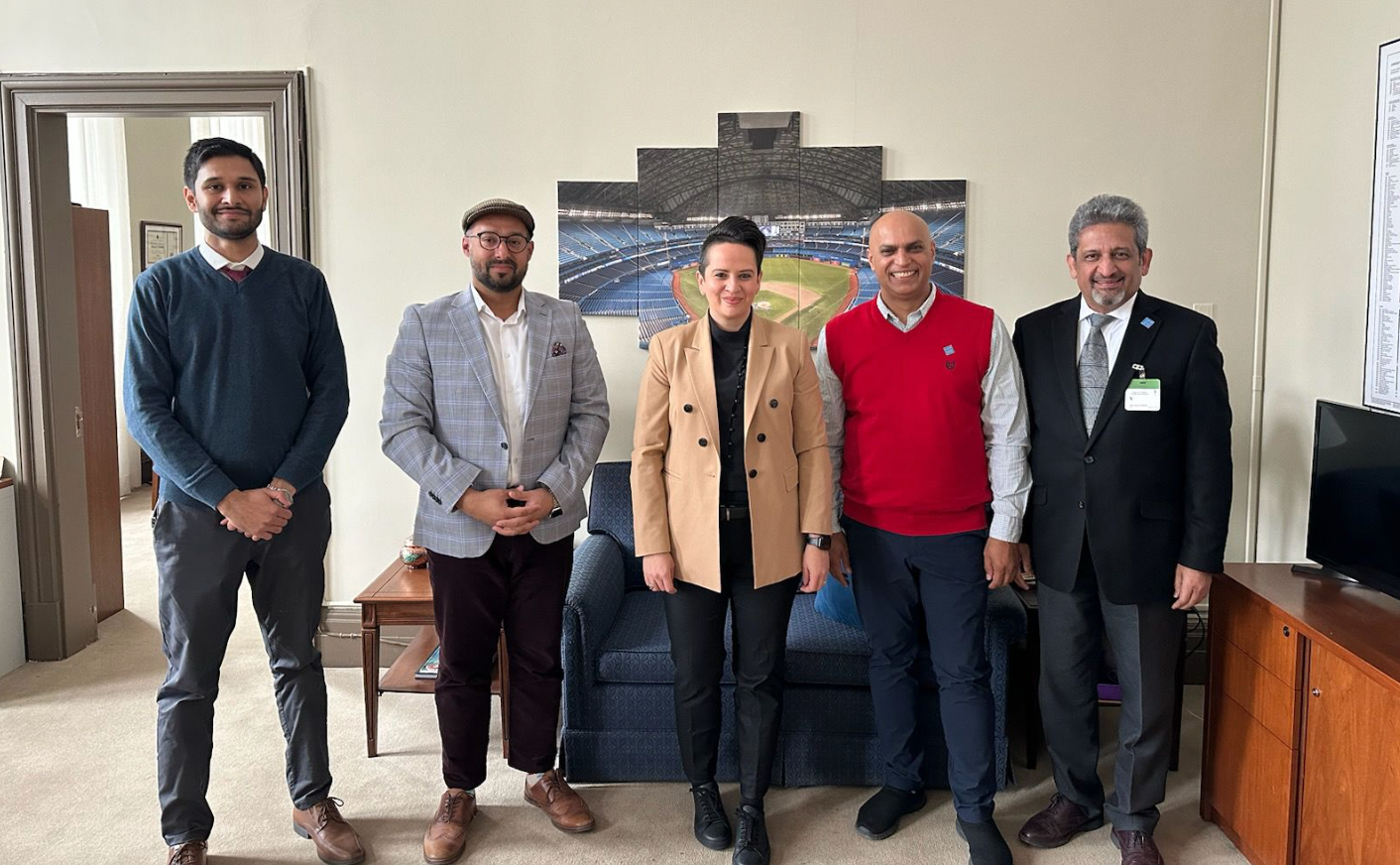 I had the opportunity to meet with representatives from Ahmadiyya Muslim Jama'at Canada. It was great to get updates on the Mosque and the work they are doing in our community and to discuss ways we can work together. 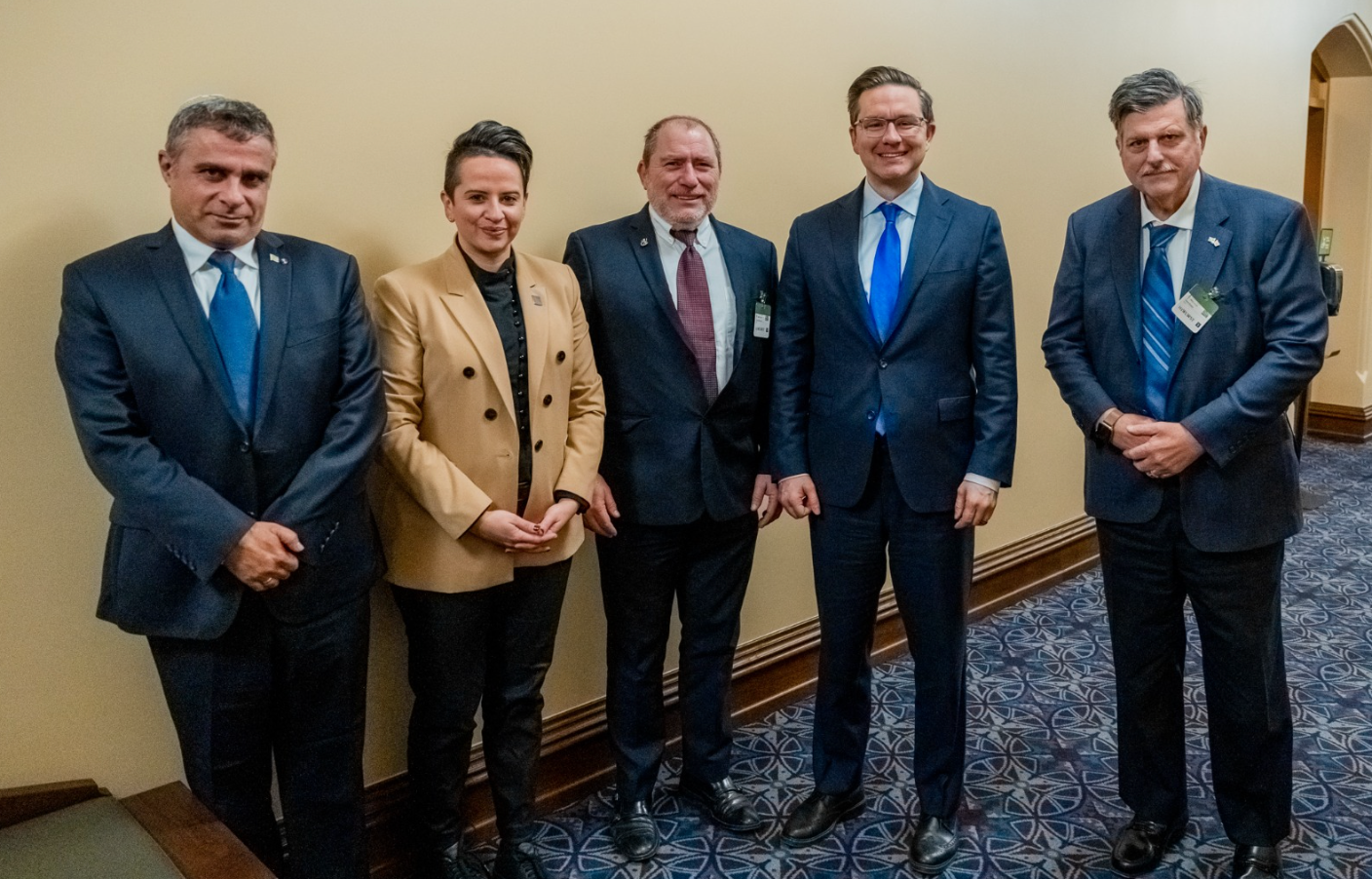 It was an honour to host Chaim Silberstein, founder of Keep Jerusalem, and (ret.) Ambassador Ran Ichay, head of the Jerusalem Center for Applied Policy, in Ottawa all the way from Israel. Their years of expertise made for an interesting and informative meeting, and it was great to have a discussion with fellow MPs on Canada-Israel relations. 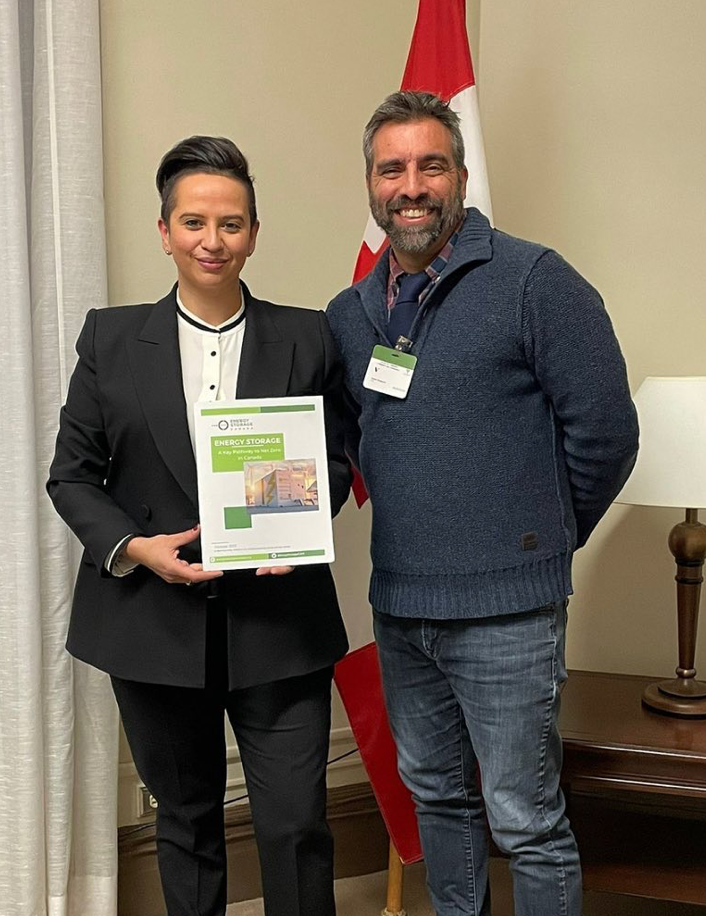 . Technology, not taxes is our way forward on the environment.

At the House of Commons 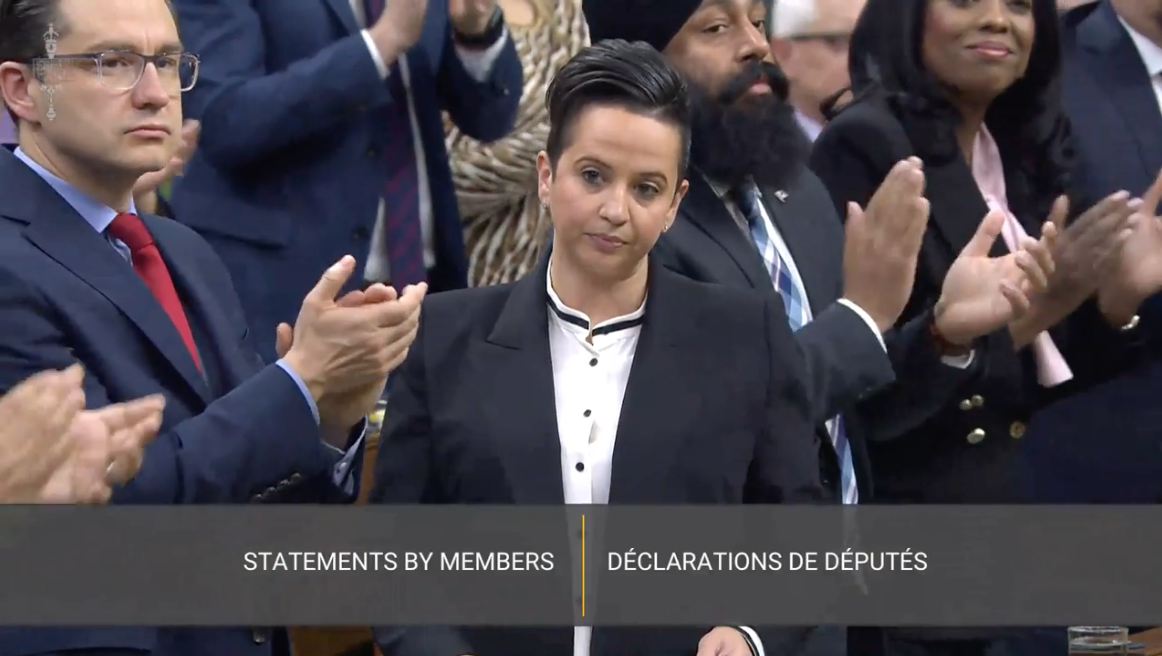 A young Canadian named Aryeh Shchupak was murdered in a cowardly terrorist attack in Jerusalem this week. As his murder is celebrated by terrorists, Canada must condemn this heinous attack from Palestinian terrorists targeting innocent Jews. 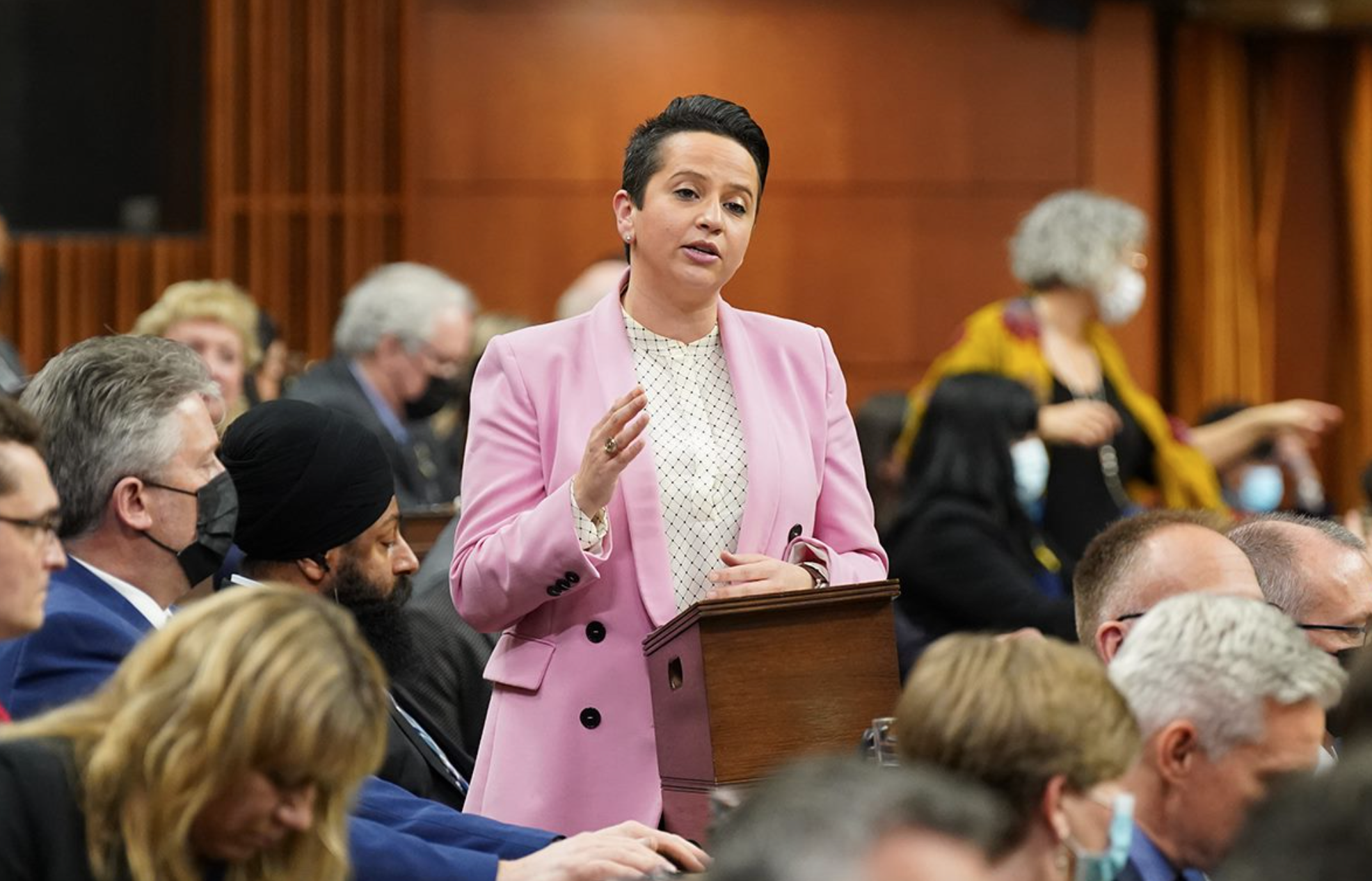 While Canadians are spending more money on groceries and fuel thanks to the Liberal carbon tax, it’s private jets and limousines at a Climate Change Conference to push their plan that have increased emissions in

. When will they end the hypocrisy? 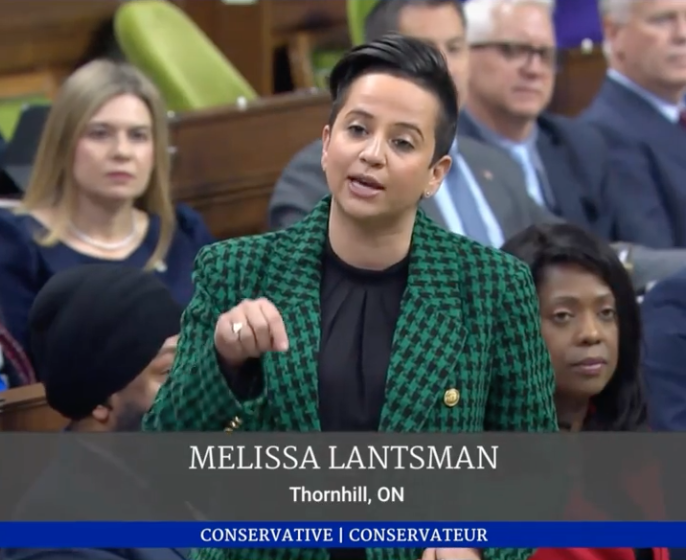 No person should ever feel unsafe in our country. Iranian Canadians are getting death threats because of their fight for freedom - what more do the Liberals need to act? We won't stop until the Liberals use the Criminal Code, ban the IRGC, and shut down their operations. 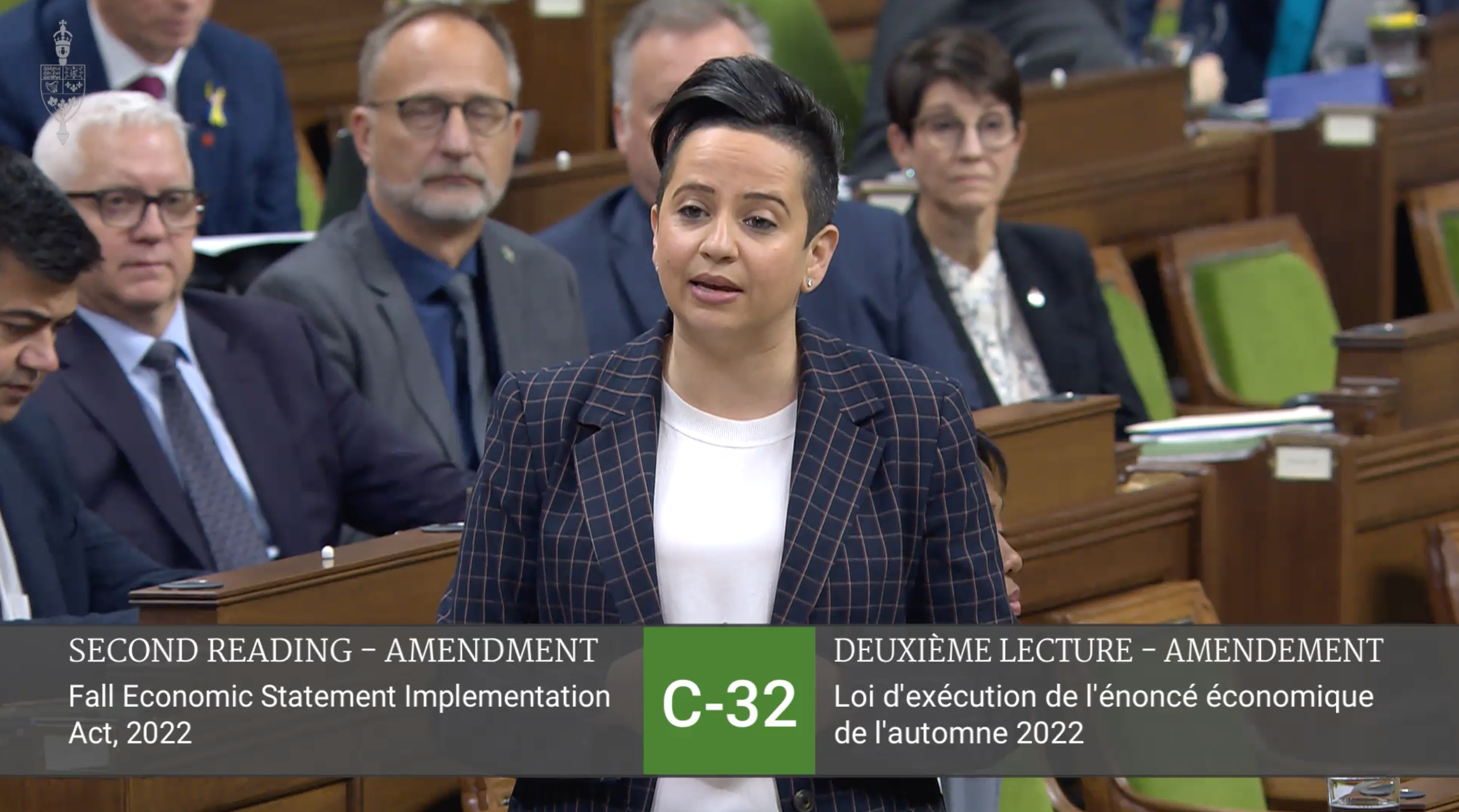 Hear my remarks on the Liberal Fall Economic Statement: 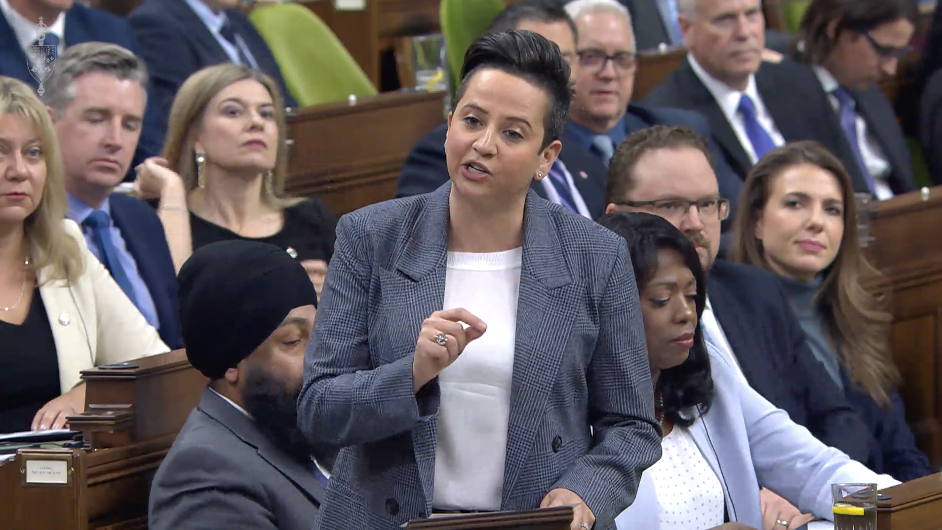 Every day that the Liberals fail to stand against the IRGC is one more day that innocent lives are at risk. When are they going to take this seriously, list the IRGC, and stand with those begging them to help? 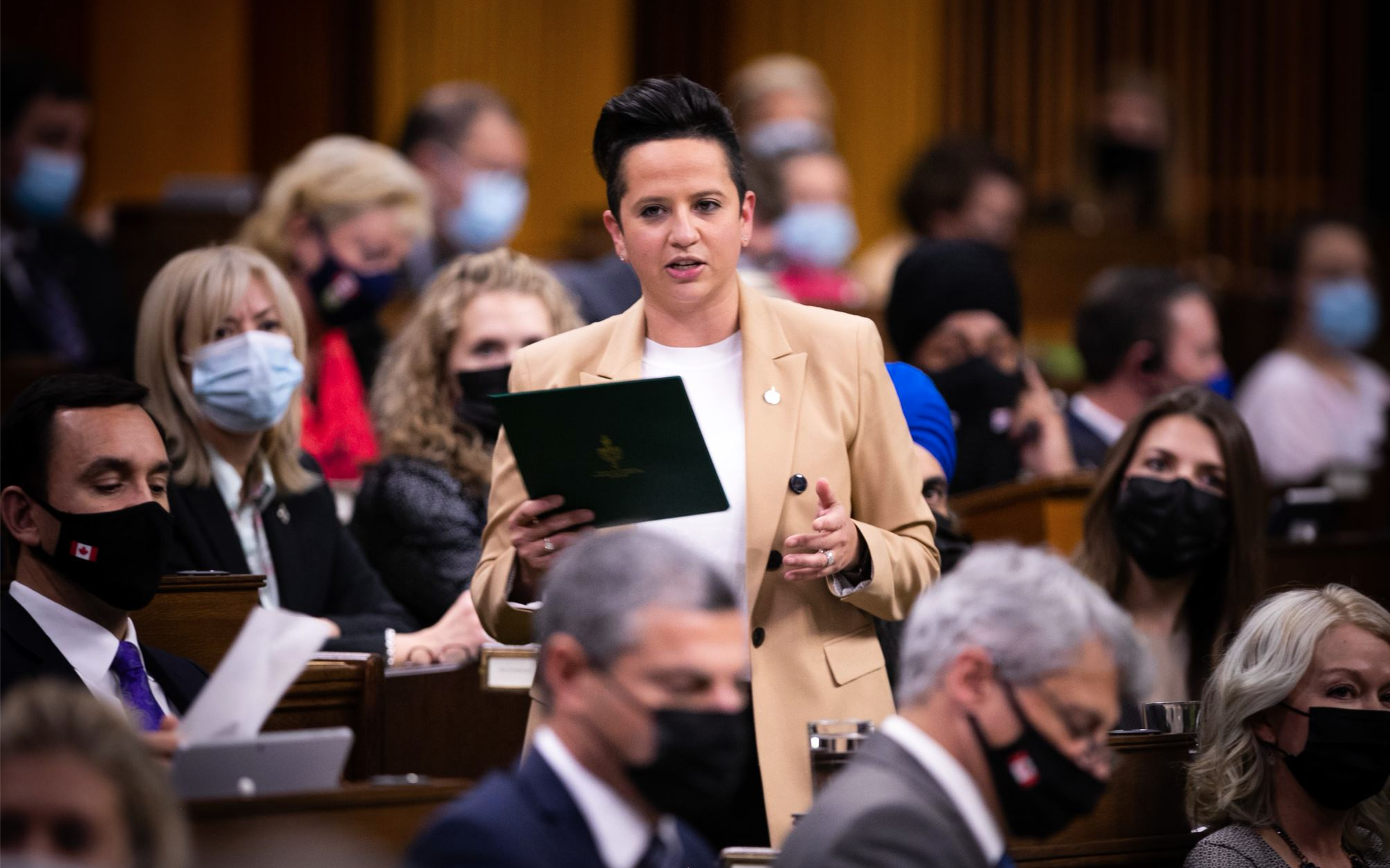 Canadians are paying more in carbon taxes than they will ever get back. When will the Liberals join everyone in the real world, listen to Canadians, and scrap their plan to triple the tax? 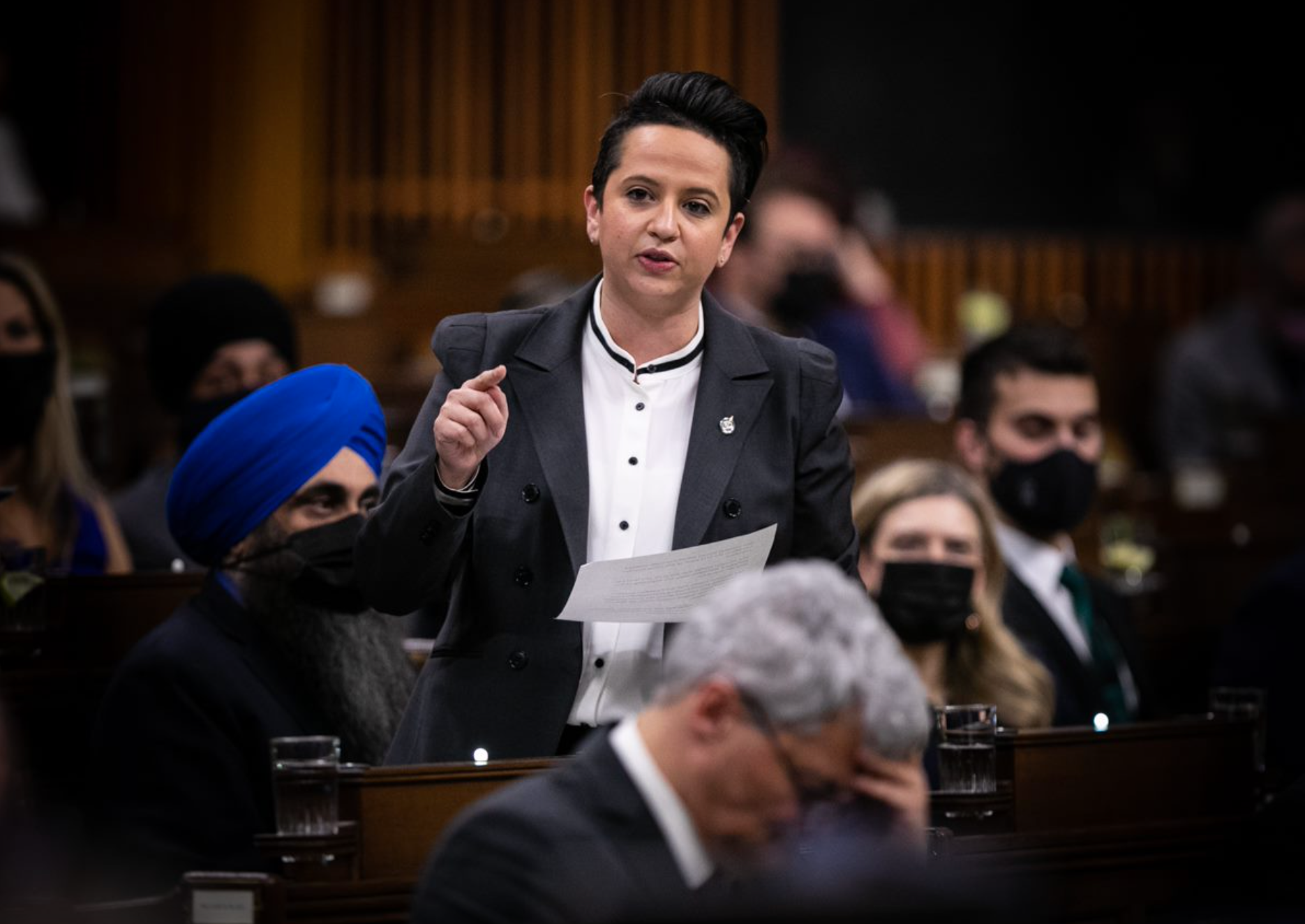 The Liberals may be sick and tired of hearing people complain about the cold, but we’re going to keep fighting to stop the tripling of the carbon tax and make sure Canadians can afford to hear their homes this winter. 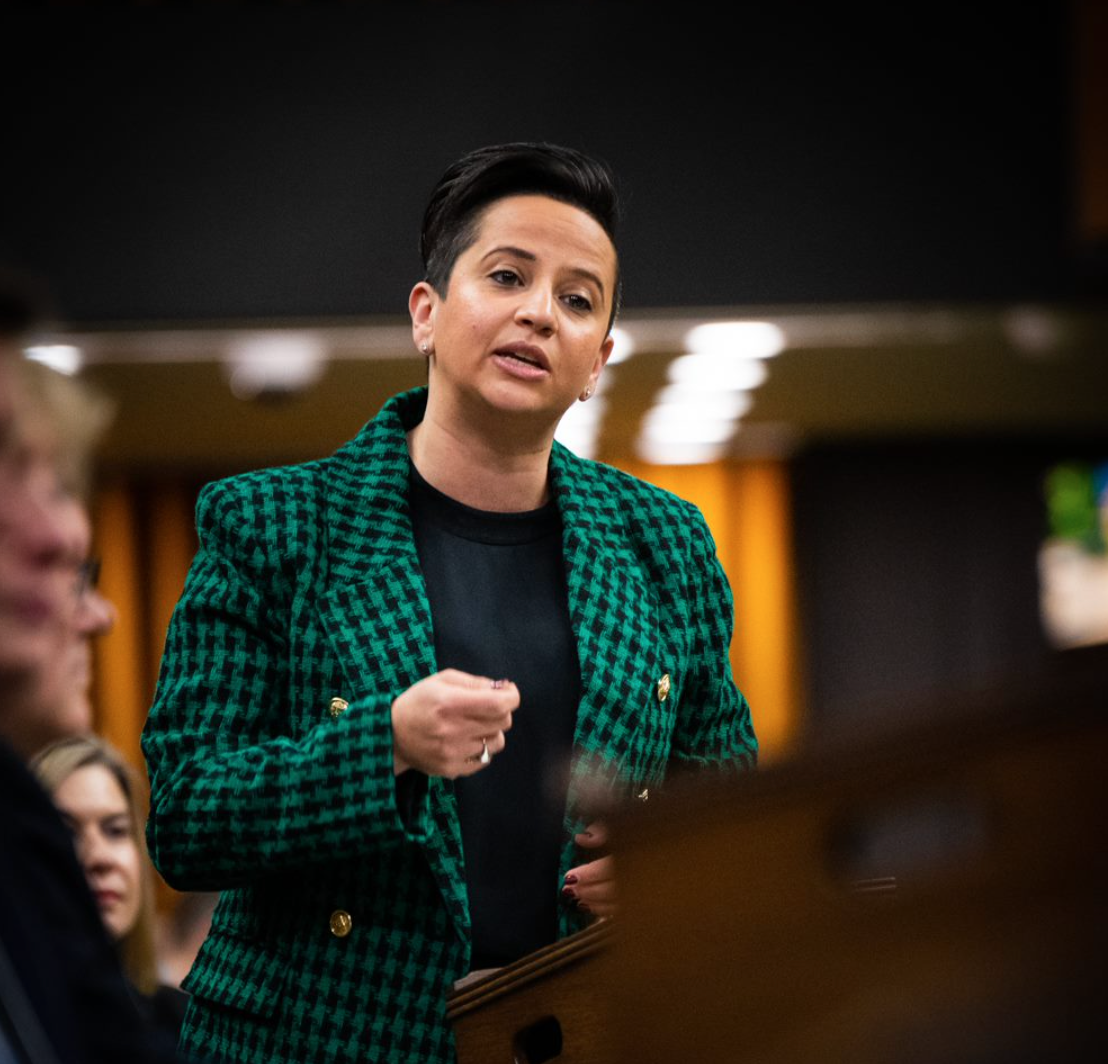 Canada is a country rich in resources that could lead the world in clean & ethical energy. Instead, our government refuses to develop Canadian natural gas, while punishing Canadians with higher taxes to heat their homes this winter. Why won't the Liberals promote clean Canadian energy and give Canadians a real environmental plan, not a tax plan? 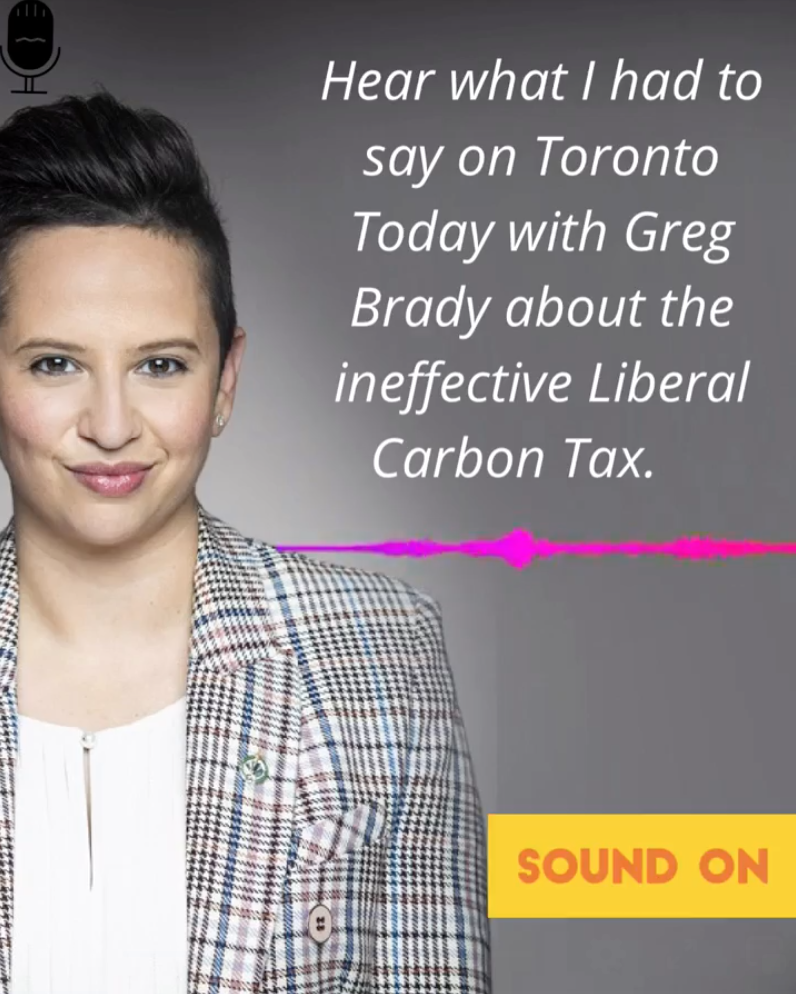 I have a lot of questions for the Prime Minister. The painful Liberal carbon tax, rising cost of everything in our country and much more.
Hear what I had to say on these issues on Toronto Today with Greg Brady. 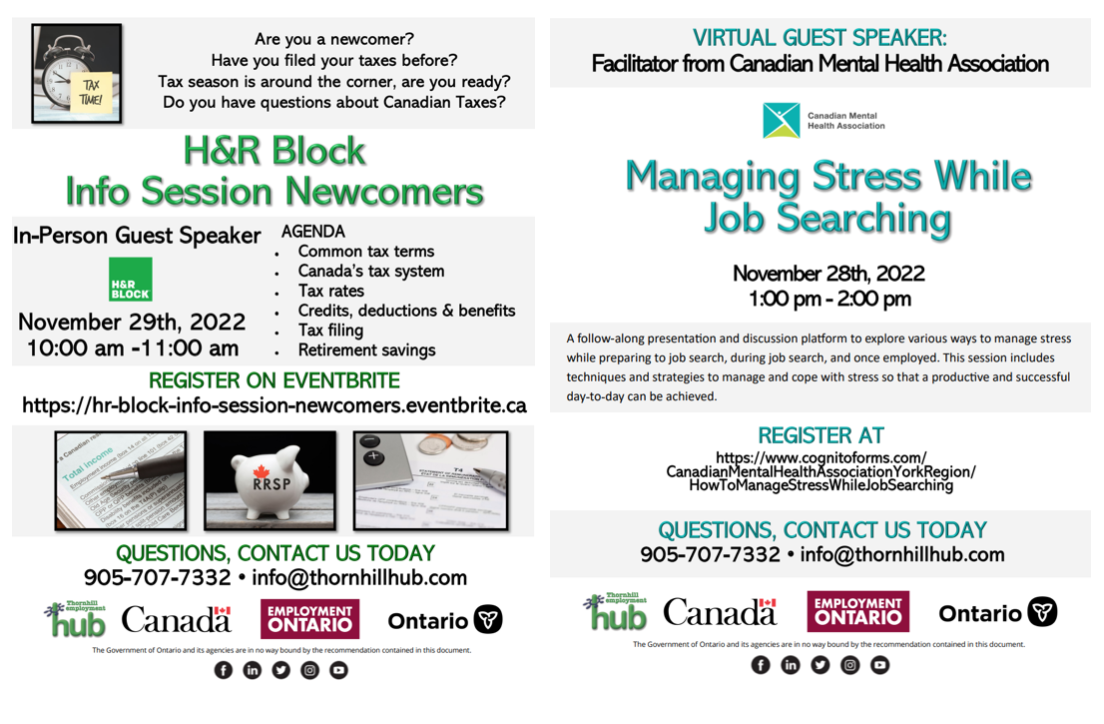 The Thornhill Employment Hub is hosting some exciting upcoming events!