There's lots of news and excitement to share as our Conservative team continues to fight for Canadians in Ottawa and as I keep up my work as your voice on Parliament Hill.

There's lots of news and excitement to share as our Conservative team continues to fight for Canadians in Ottawa and as I keep up my work as your voice on Parliament Hill.

First, I welcomed Pierre Poilievre to Richmond Hill to address a crowd of 50,000 people standing with Mahsa Amini and the people of Iran. We're not going to stop until the government acknowledges what we all know: the IRGC is a terrorist organization, plain and simple.

I also found out at Heritage Committee that the Diversity and Inclusion Minister knew for weeks that the government was funding known Anti-Semite Laith Marouf. This wasn't an accident - it's indicative of a broader problem at the highest levels of the federal government.

The highlight of my last two weeks was getting to spend one of them here in Thornhill, listening to neighbours and gathering feedback that I'll take back to Ottawa. Every time I come back for a constituency week, I leave inspired by the talents and character of the people right here in our community. 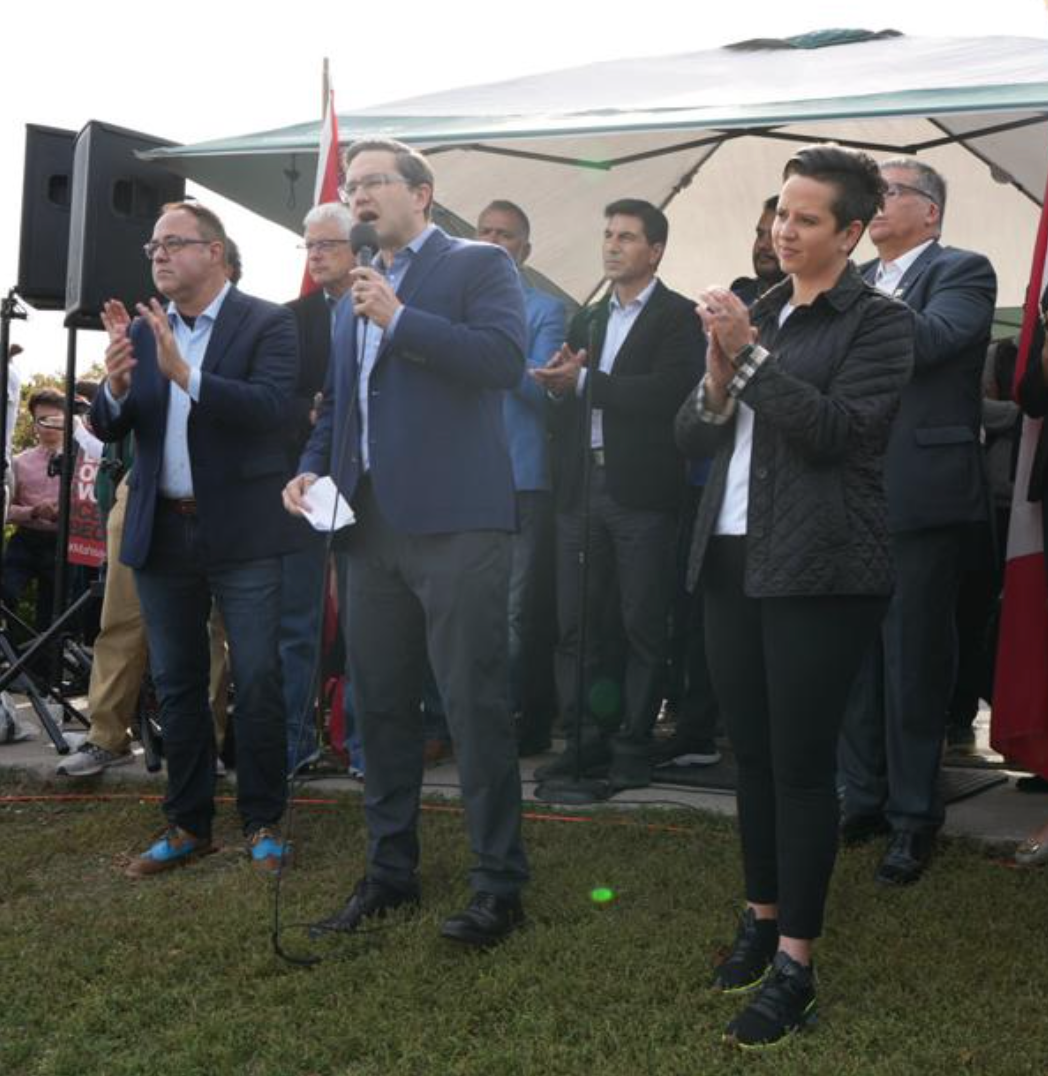 Enough virtue signalling. Enough platitudes. It's time for a government that will stand up for human rights and finally list the IRGC as a terrorist organization.

Tough on Crime in Thornhill 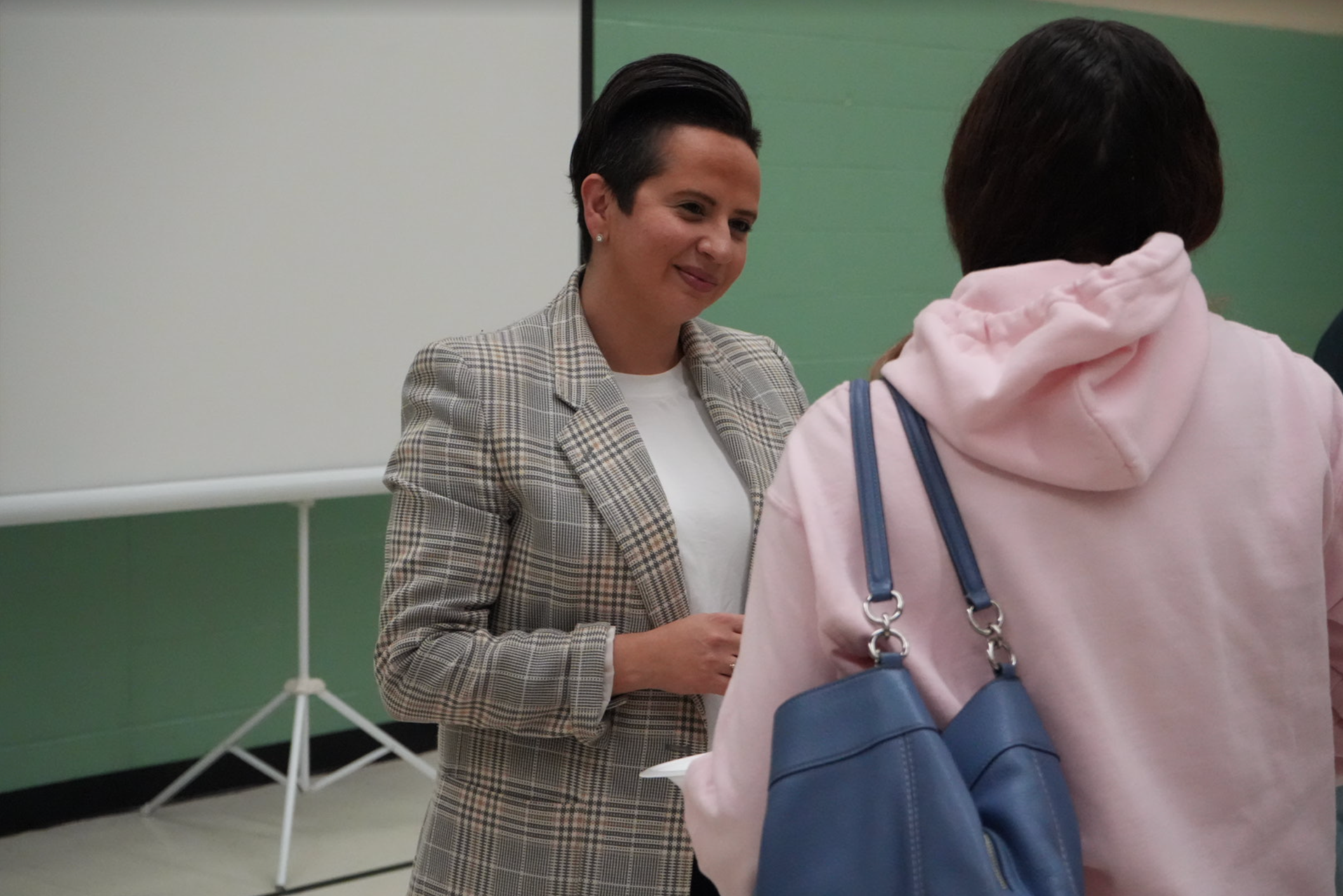 It was great to see so many Thornhillers come out for my first-ever Community Safety Town Hall. People are rightfully concerned about the rising rate of crime and targeted incidents in our neighbourhoods, and we all want a safer Thornhill. Many thanks to the YRP for their engaging presentation and for their continued service to York Region! Thanks also to my friend Anna Roberts, MP, and our other local partners who attended. 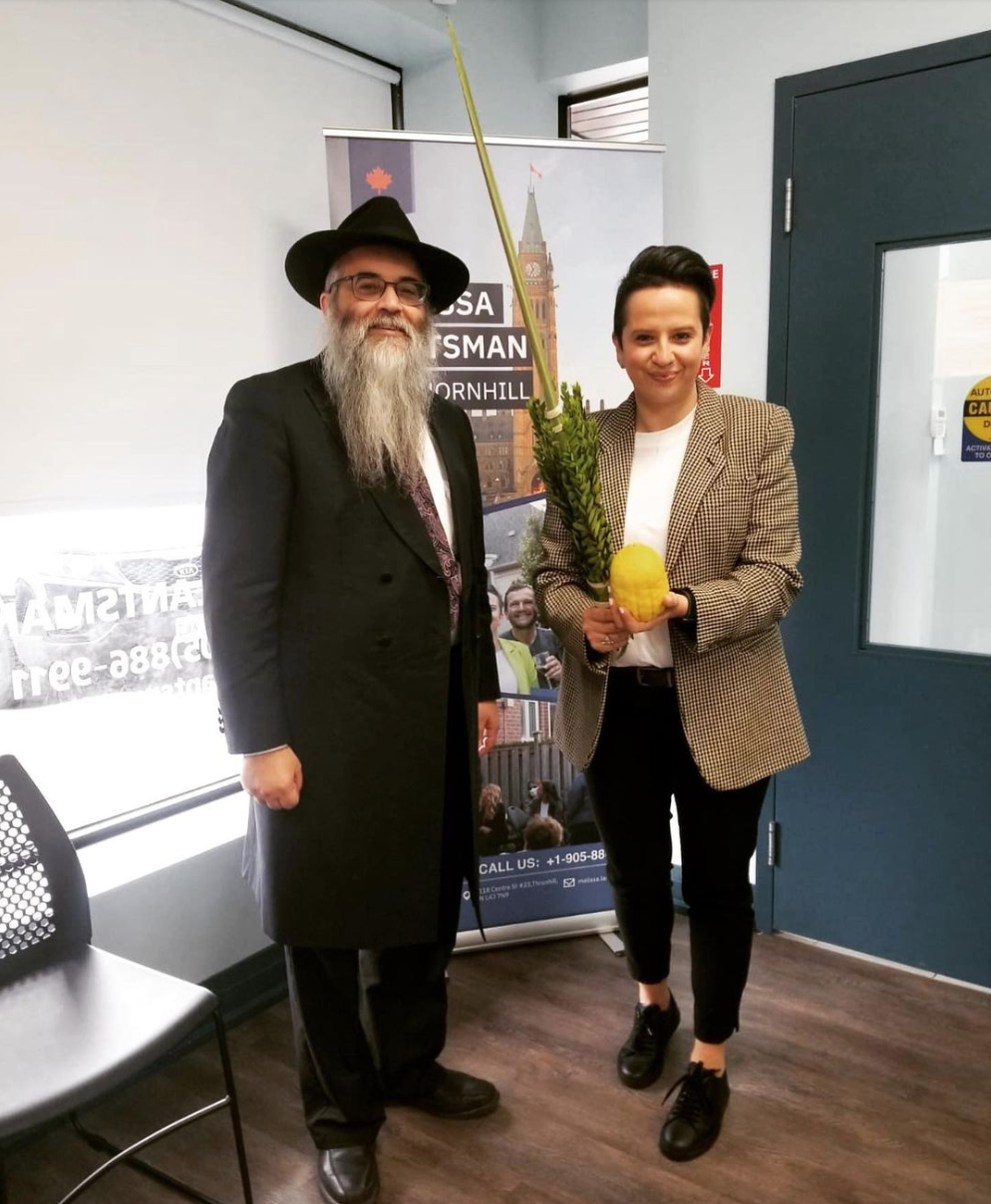 It is a mitzvah to wave the lulav (and etrog) on each of the first seven days of Sukkot. Thank you to Rabbi Chaim Hildeshaim from Chabad Thornhillwoods for sharing in that mitzvah at the office yesterday.
Many of you know that my late mother used to pray at Chabad Thornhillwoods and seeing it grow and flourish under the leadership of Rabbi Chaim and Rebbetzin makes this even more special. 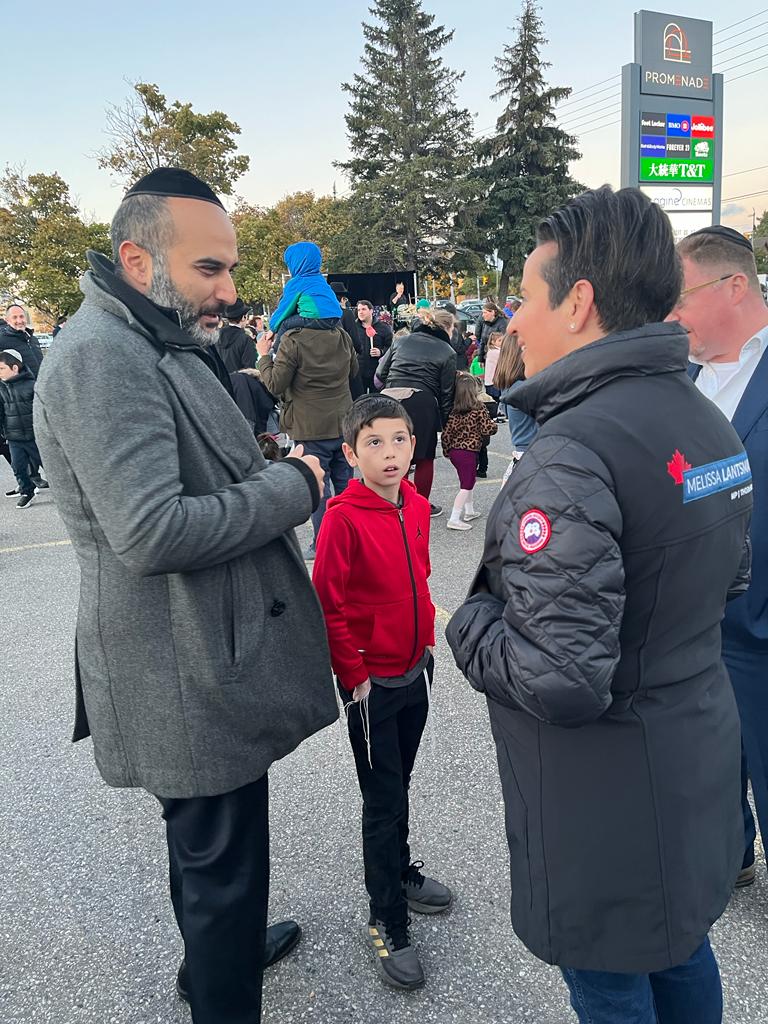 Celebration time in Thornhill as I joined the JRCC for their first annual Sukkot street party. Chag Sameach! 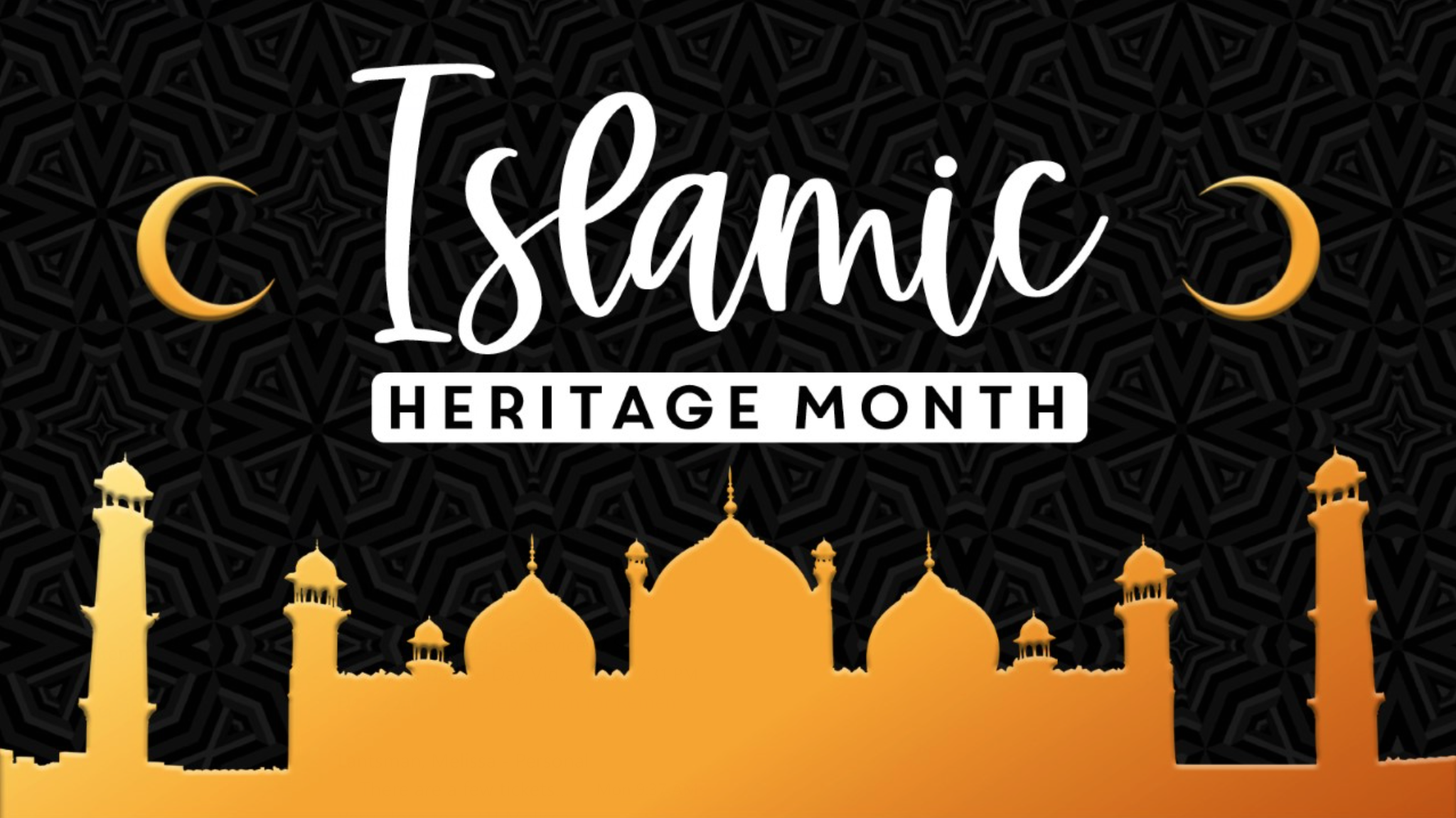 In October, we celebrate the rich history of the Islamic faith as we observe Islamic Heritage Month. It's also an opportunity to learn more about the contributions members of the Islamic faith make to our communities, and to recommit to fighting Islamophobia wherever it may exist. 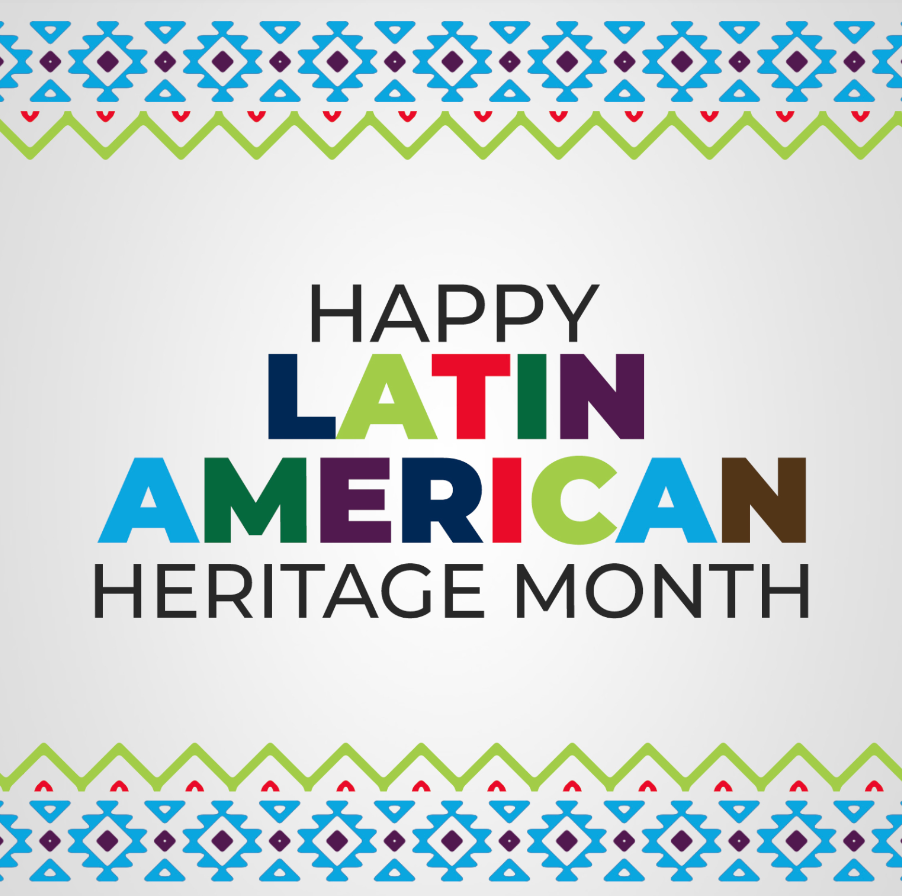 October is also Latin American Heritage Month, a time to celebrate the invaluable work that Canadians of Latin American descent have done in building our nation and continue to do each day.

Working for you in Thornhill 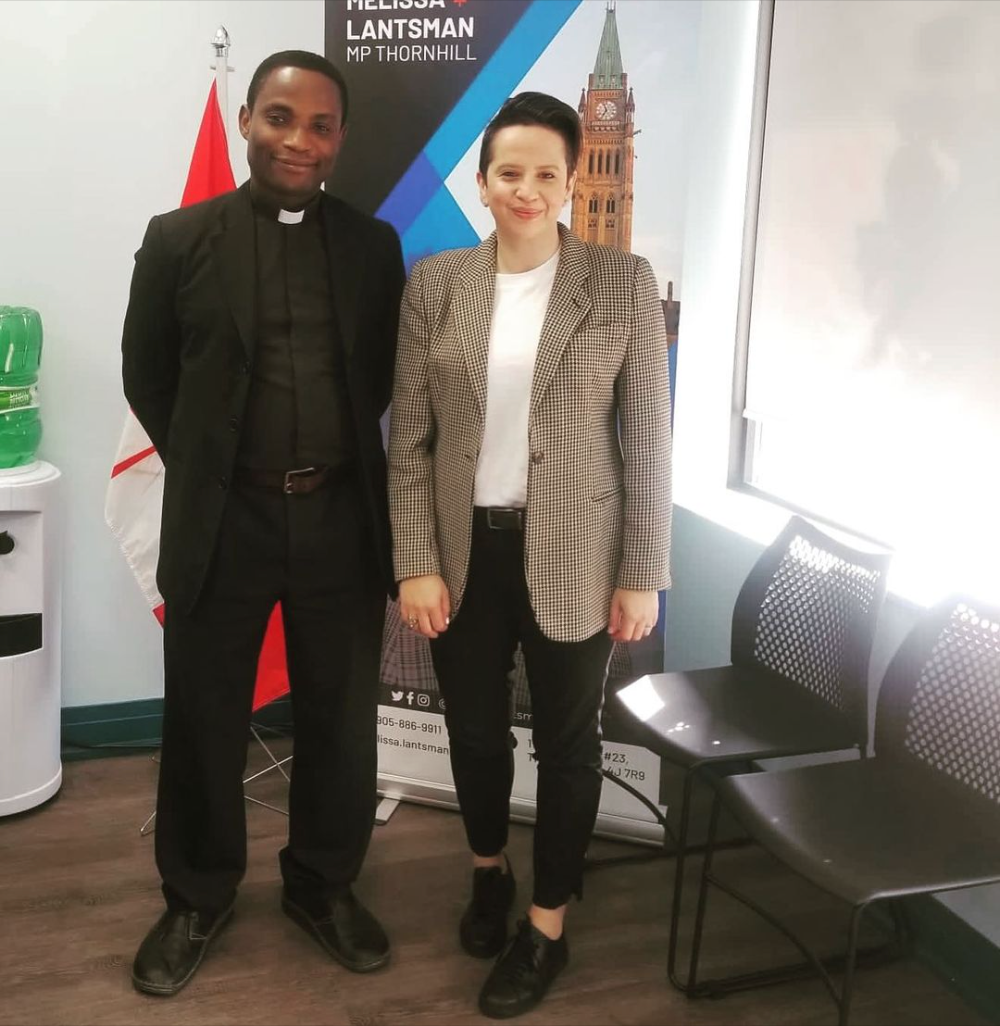 I welcomed Pastor Rev. Victor Amole from St. Joseph the Worker Parish in Thornhill to the office — we talked about the work we do to support the community, especially our young people — and how we plan to do more together. 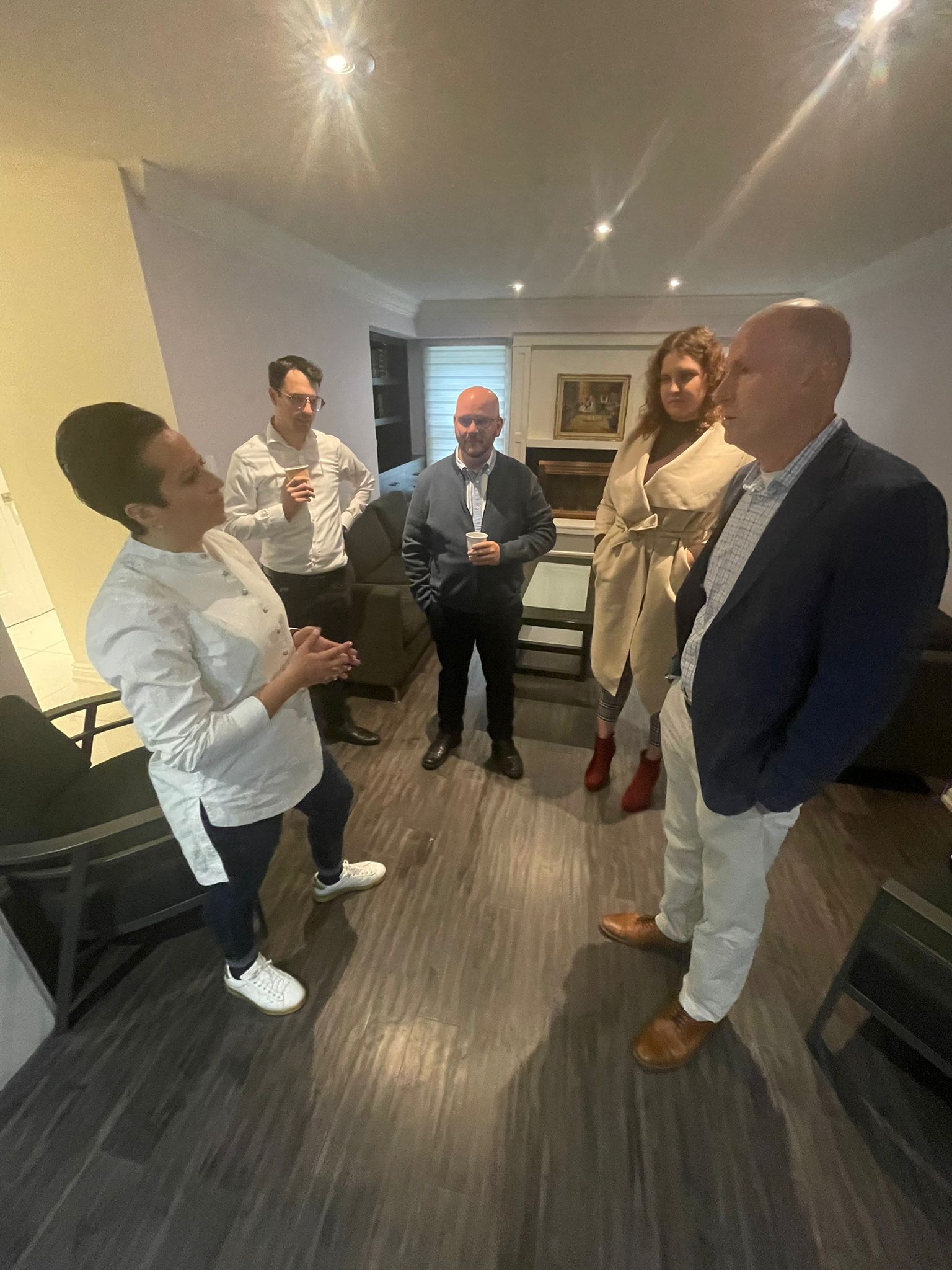 Lighthouse Credit Union is the newest one around, incorporated a few months ago and already having helped so many families in our community. It was an honour to meet with them at the home of one of their clients and now proud Thornhill homeowners. 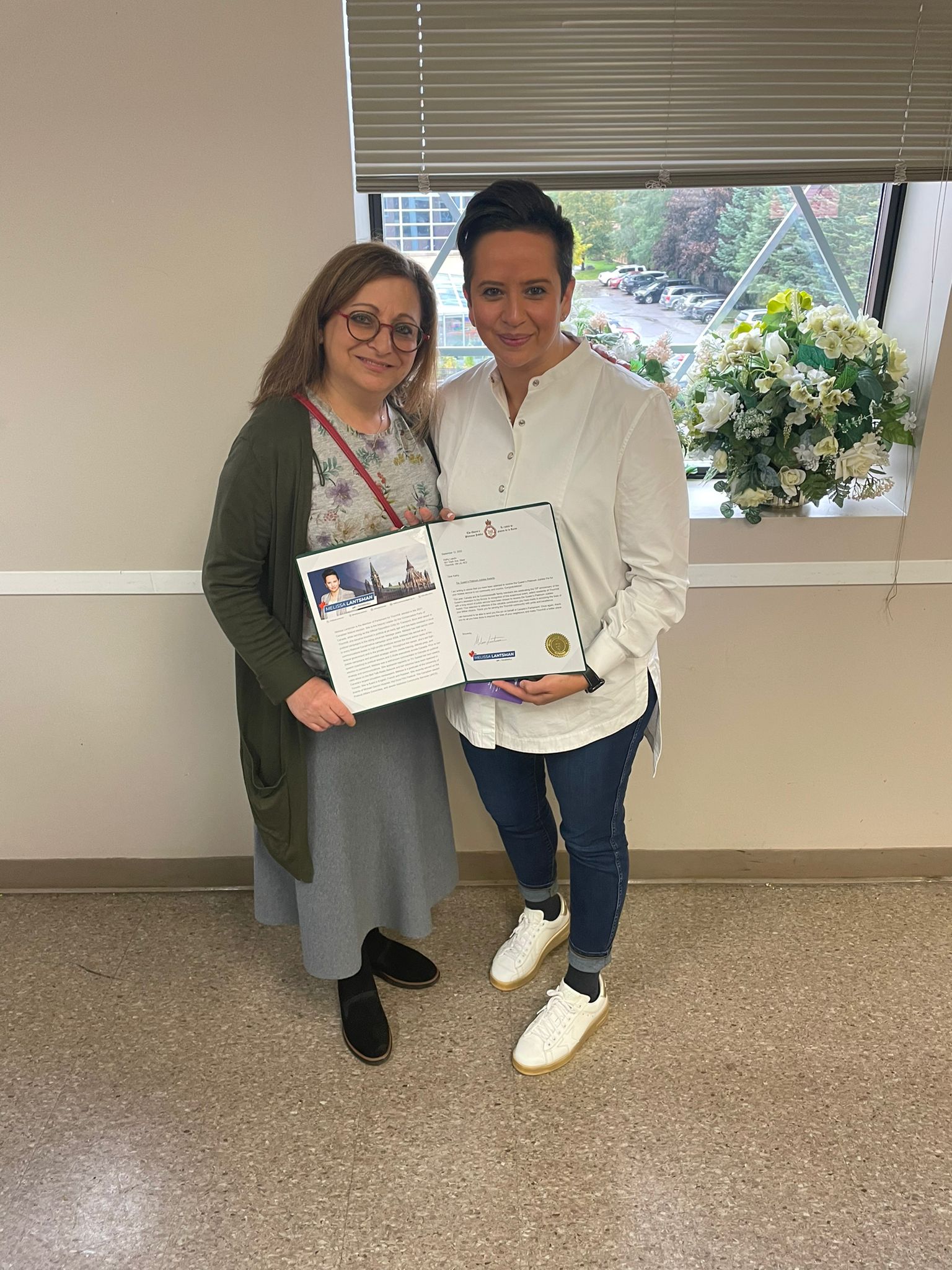 I joined DANI for a sukkah party (a bit of rain kept us inside) — congrats to head hero Kathy for her Platinum Jubilee Award in recognition of the amazing work she does with adults with disabilities in our community.

In the House of Commons 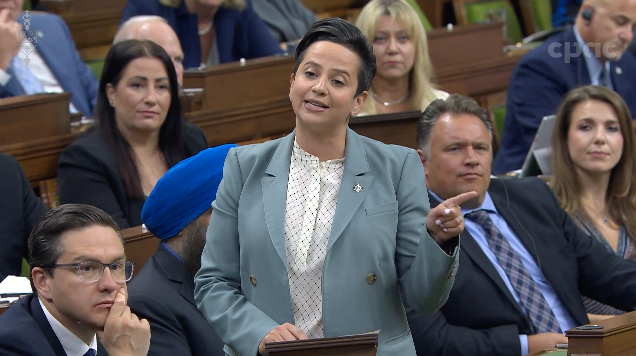 While millions around the world are protesting the brutal regime in Iran, the government fails to take action to support human rights.

What will it take for Liberals to call the IRGC a terrorist organization? 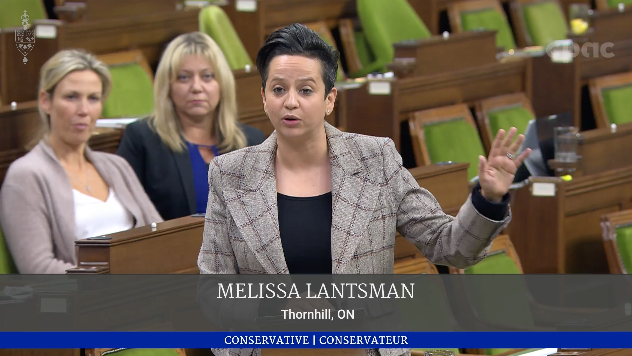 Economists agree: this government's out-of-hand spending is causing inflation, and it's affecting Canadians from coast to coast. The house that no one can afford is on fire 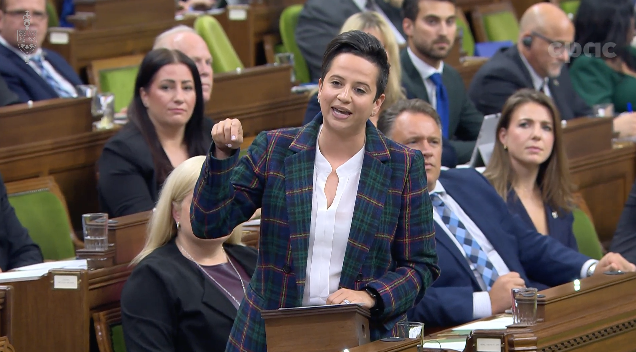 The families of the victims of Flight PS752 deserve justice. Iranian-Canadians deserve to feel safe in Canada. The Liberal government is refusing to take action. Why won't Justin Trudeau call a terrorist a terrorist? 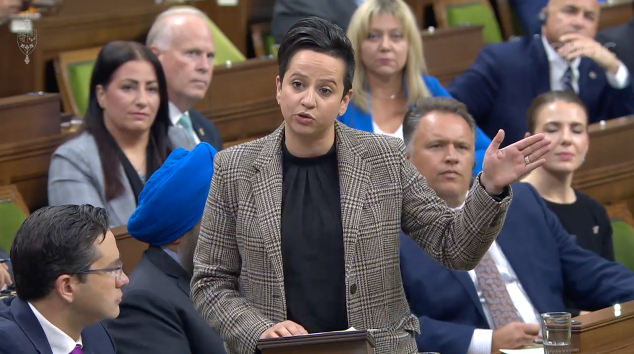 In 2018, Liberals voted to list the IRGC as a terrorist organization. Now, they won't reaffirm their position. What happened in between? 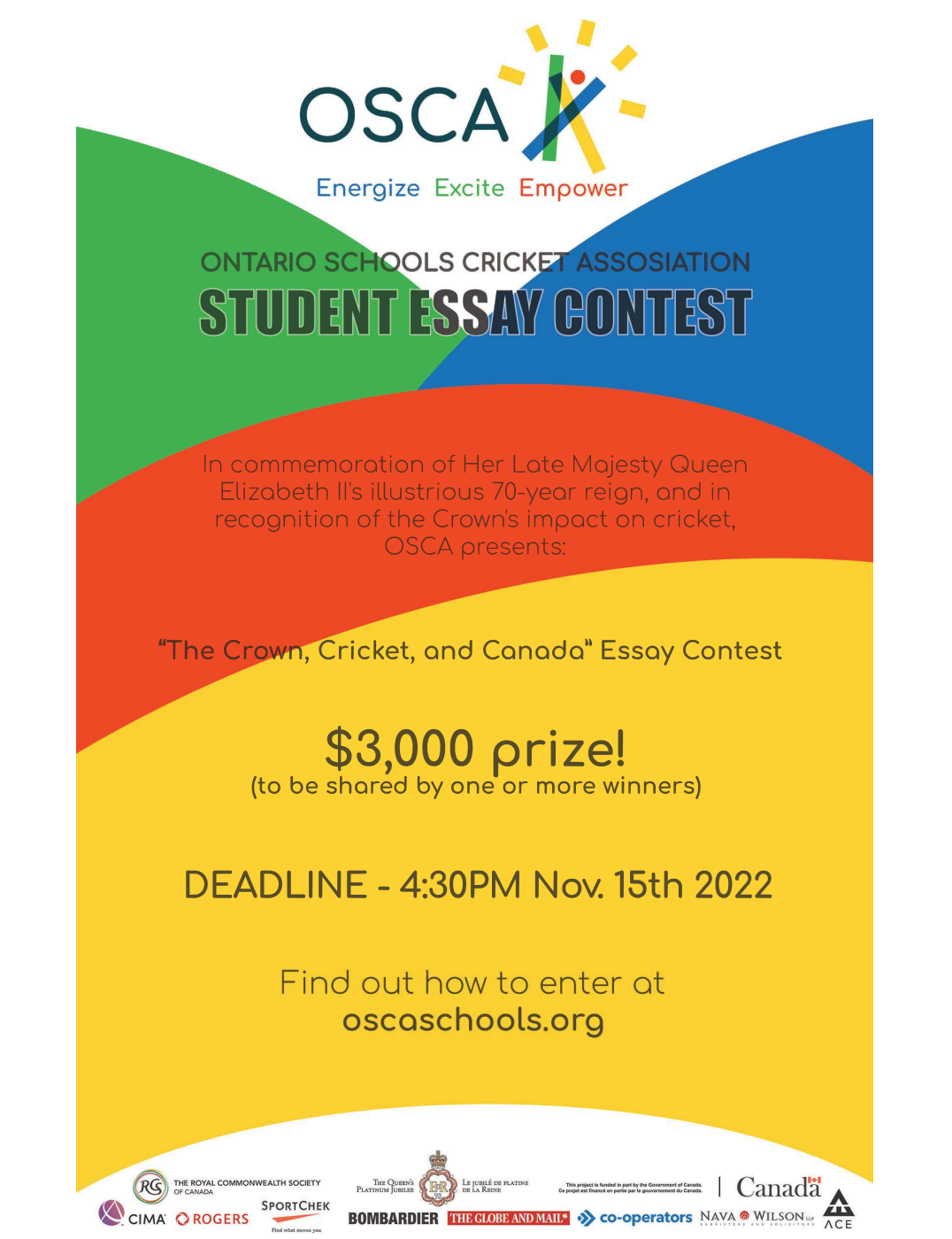 The Ontario Schools Cricket Association, supported by the Government of Canada, is sponsoring an essay contest about "the Crown, Cricket, and Canada". With a prize of up to $3,000, I encourage young Thornhillers to participate! 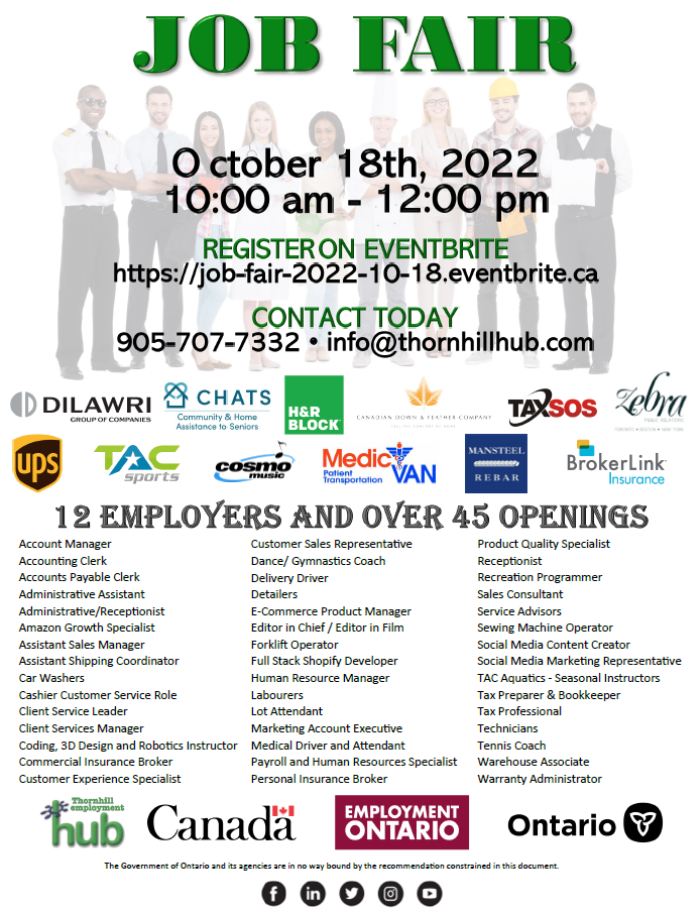 The Thornhill Employment Hub is sponsoring a job fair in our community on October 18. Don't miss out on this opportunity to find new job opportunities!