Happy September! I hope you're gearing up to spend a great long weekend with your friends and family.

Happy September! I hope you're gearing up to spend a great long weekend with your friends and family.

The Conservative Party Leadership Election is only a week away and the return of Parliament is rapidly approaching, too. I'm looking forward to heading back to Ottawa under the direction of a new leader and as part of a strong, united, Conservative team. If you haven't done it yet, there's still some time to send back your voting package. I encourage you to make your voice heard about the direction of our Party.

As this summer winds down, I am again reminded what an honour it is to be your MP and how lucky I am to represent the best community in Canada. It was a busy 2 months - there's no shortage of things to keep me on my toes in a place as vibrant as Thornhill. Not to mention, the many failures we saw on a national level meant I was always active in challenging the federal government to do better.

Thank you to everyone who welcomed me into their homes, businesses, and backyards this summer to see and hear about the amazing things happening in our community. I'm looking forward to taking your feedback to Ottawa and turning your ideas into action.

Here are some on-the-job updates from my previous two weeks as your MP:

My Summer as Your MP 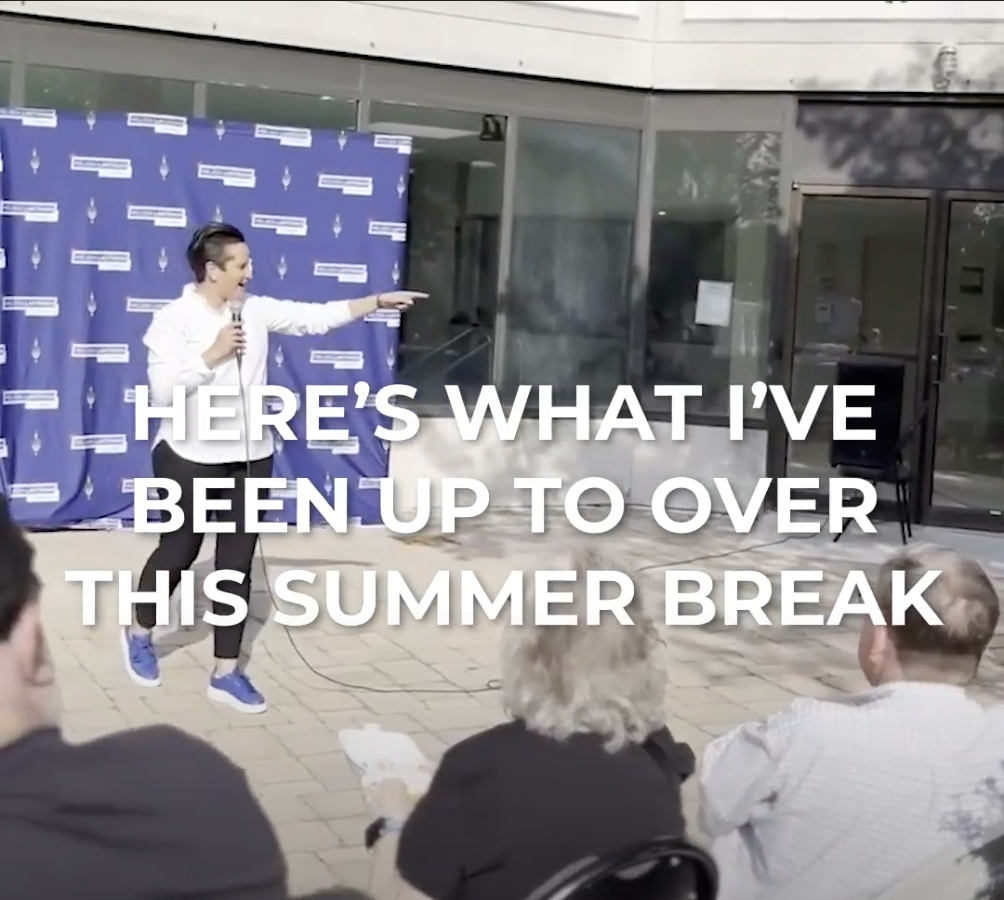 Here's a recap of my busy summer as your MP! 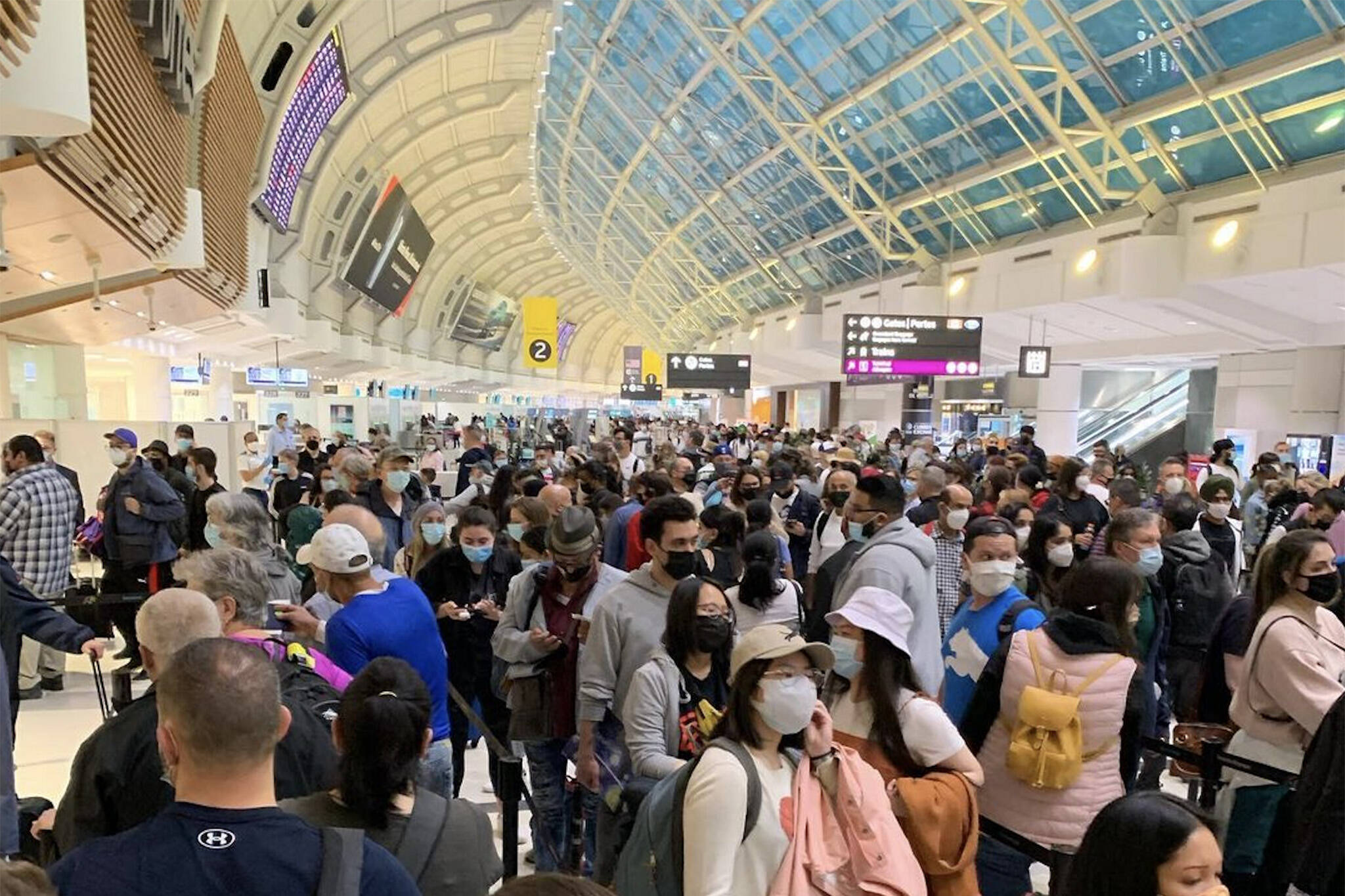 Two weeks ago, Minister Omar Alghabra was summoned to the Transport Committee to explain his government's failure to effectively manage Canadian airports.

When asked if the ArriveCAN App causes border delays, he said no. When asked if he takes responsibility for airport chaos, he blamed Covid. When asked to name a single person who supported continued border restrictions, he blanked.

It's clear that there's an absence of leadership in our federal government and that the Liberals are truly out of touch.

It's time for them to go.

Do you know who Laith Marouf is? 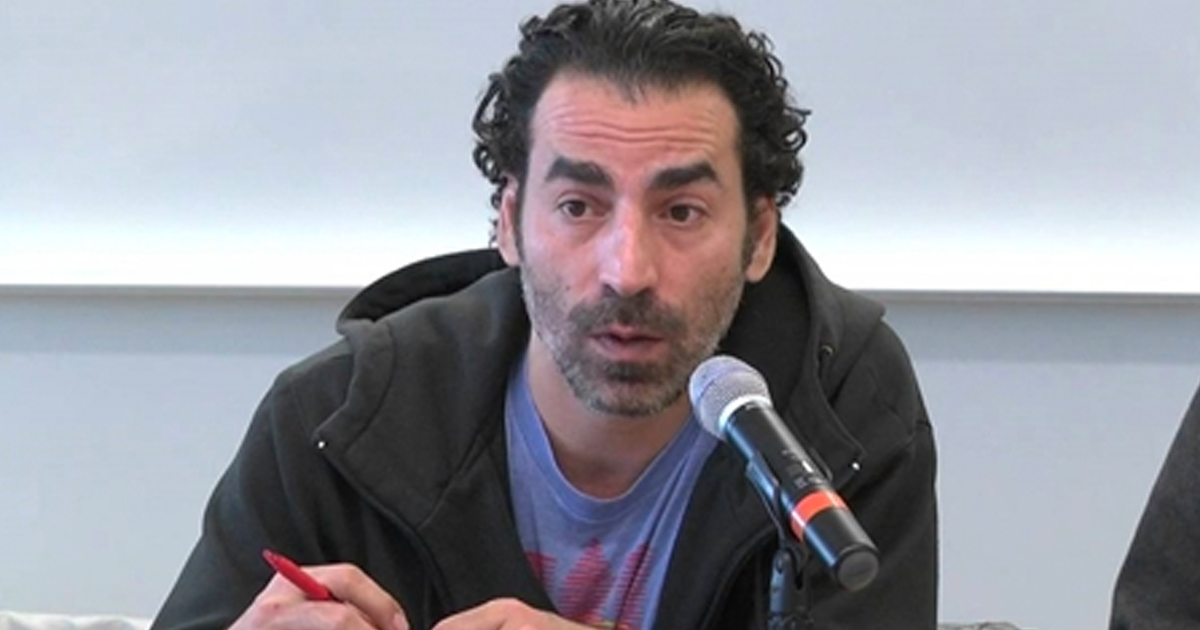 He's the anti-Semitic 'anti-racism' consultant that the Liberals paid to the tune of $133,000 per year.

It's bad that they hired him despite his plethora of hateful writings on the internet. It's worse that they kept him even when confronted with their mistakes.

Pure and simple - anti-racism consultants should not spew hateful rhetoric online. I'll keep working to get the bottom of how this happened and hold the government accountable for their failures. 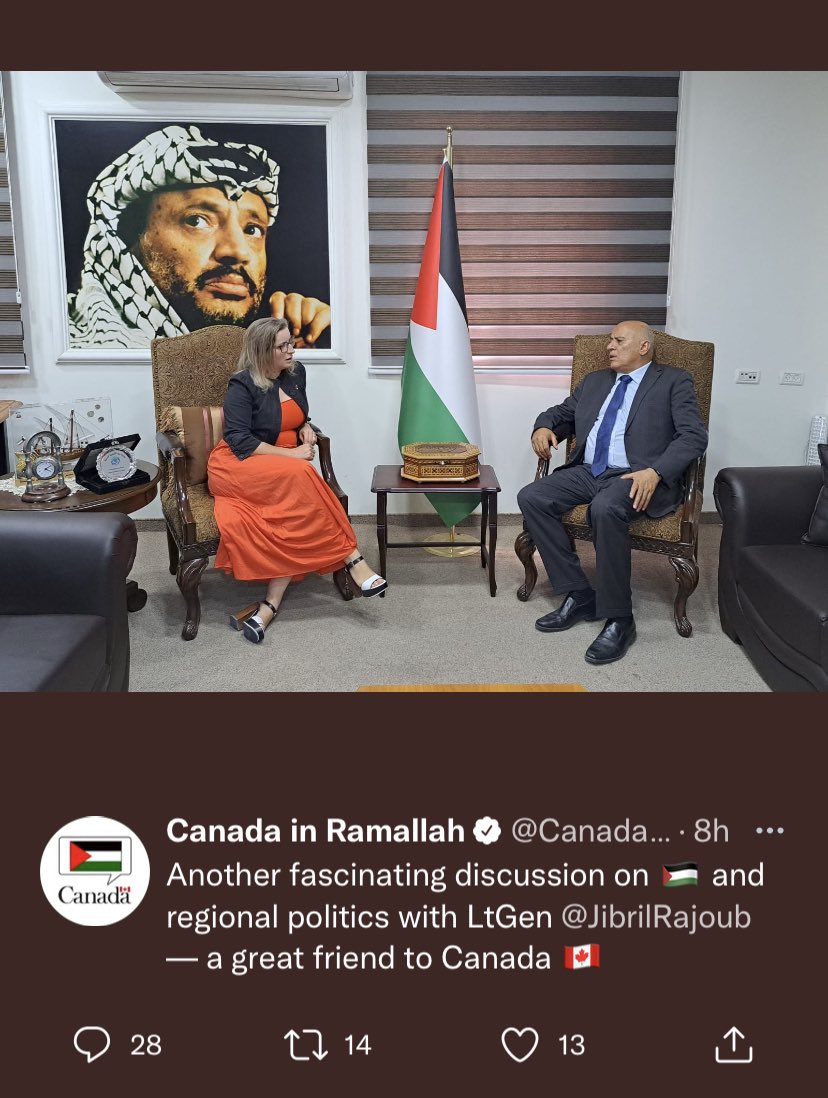 Not only did the Liberals get exposed for funding a dangerous anti-Semite, but they also got caught meeting with a convicted Palestinian terrorist who has worked for years against the Israeli state and the Jewish people.

They even praised him as a "friend of Canada" - and then tried to cover up their actions when confronted about it.

We're seeing a dangerous pattern from the federal government - and all Canadians should be outraged. Either they don't care about fighting anti-Semitism, or they're just plain incompetent. Which is it?

Standing up for Freedom Abroad 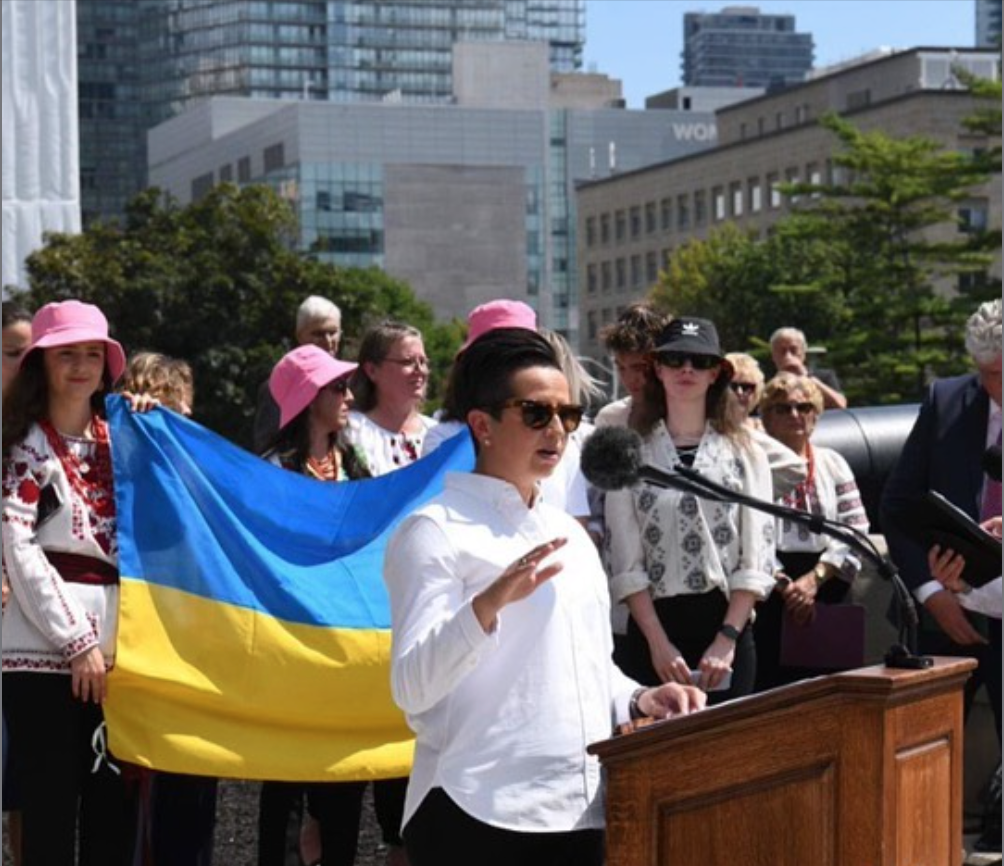 I was honoured to attend the Ukrainian flag-raising at Queen’s Park to celebrate Ukrainian Independence. If we’ve learned anything in these past few months, it’s that Ukrainians are strong, they’re resilient - and our community stands with them in their fight for freedom from genocidal Russian aggression 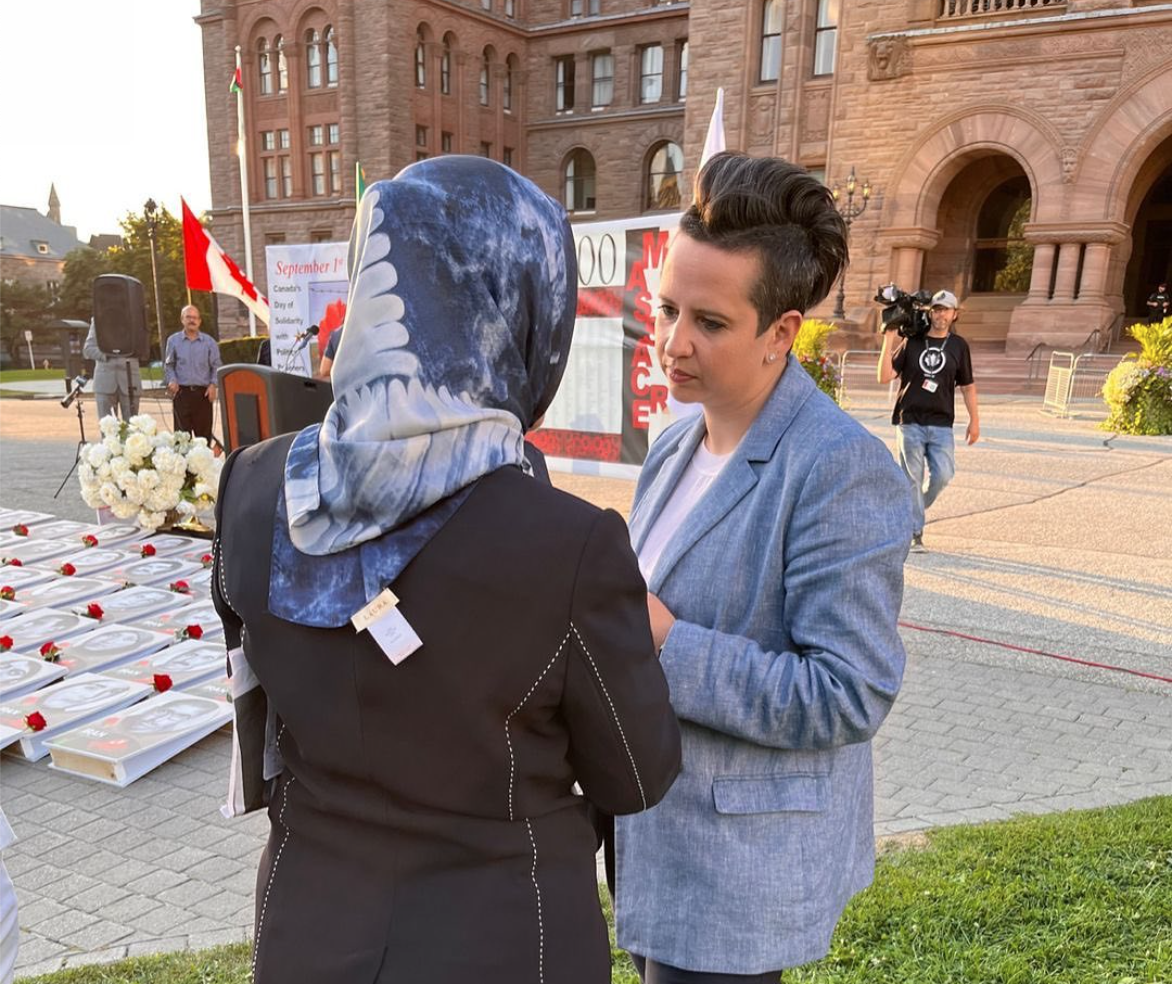 Remembering the 1988 state-sponsored execution of thousands of Iranian political prisoners as a crime against humanity.
We will always stand with the Iranian people for their freedom against the regime’s human rights atrocities, nuclear ambitions, and terror escapades around the world.
The regime’s Canadian victims still need justice on flight PS752.
The IRGC still isn’t listed as a terrorist organization in Canada.

Working for you in Thornhill 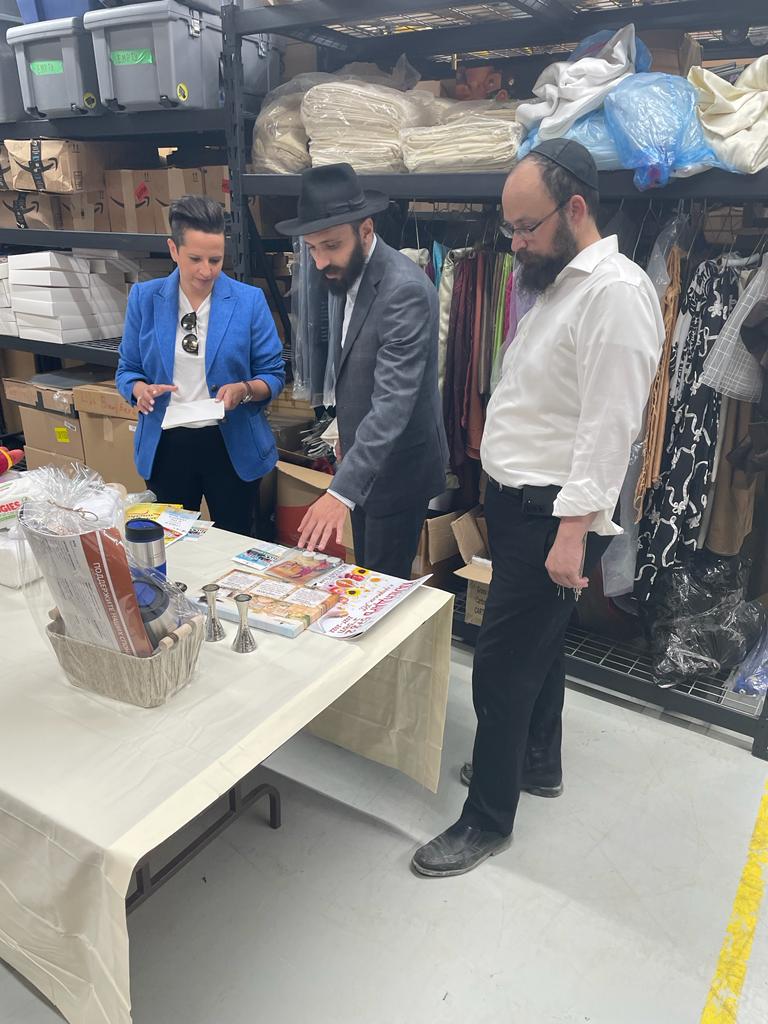 I finally got to see the JRCC furniture depot and learn about the critical work they are doing in our community. By providing donated furniture to those in need, they are a pillar in our neighbourhood and across the GTA. Easy, innovative and a much-needed service to make housing feel like a home. 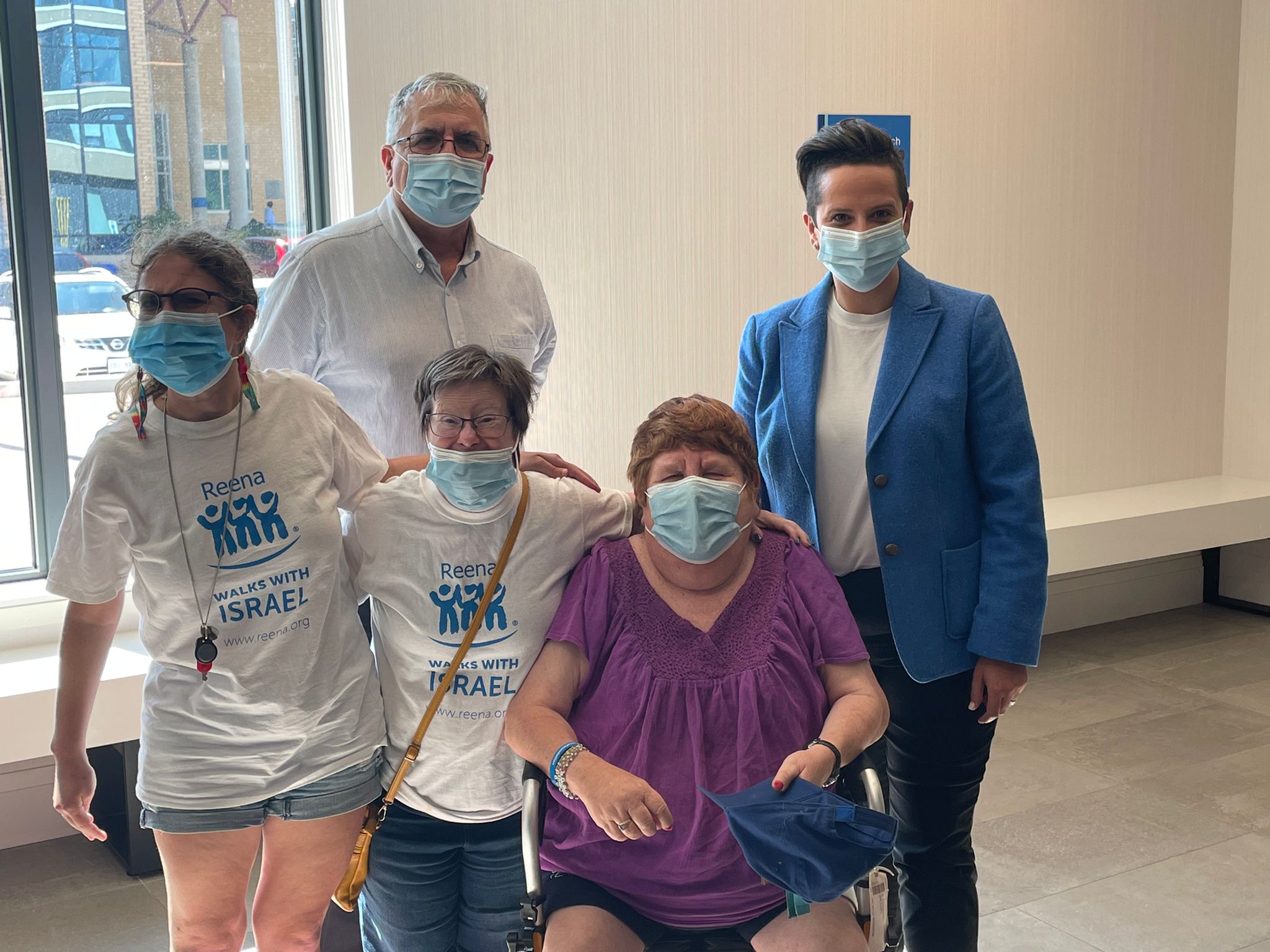 I checked out the Reena Foundation Lou Fruitman Residence, a model home of Intentional Community Living for individuals with developmental disabilities

Got to chat with the incredible staff & clients. I look forward to working closely with them, always. 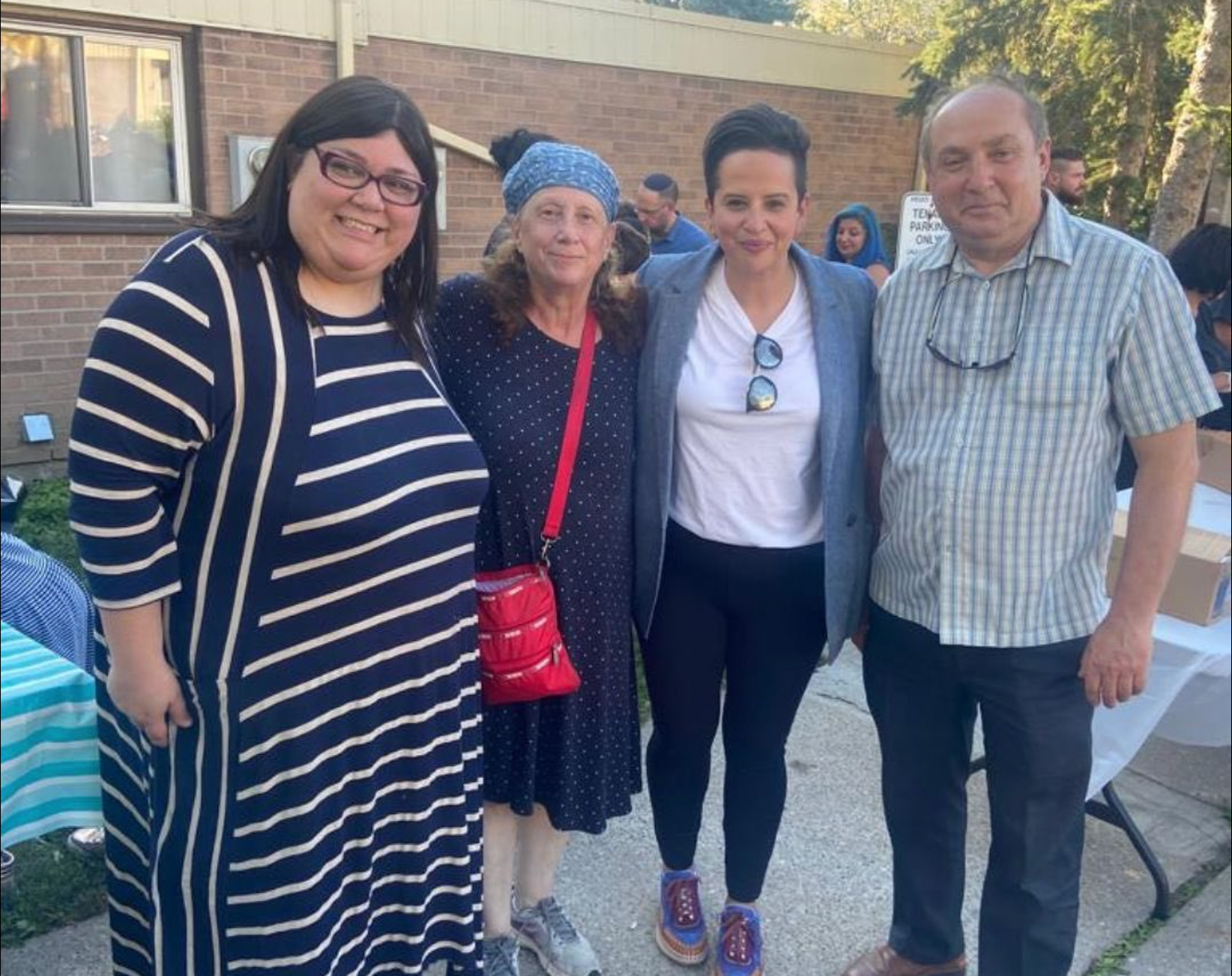 this community, their support and the vibe they’ve created as neighbours and friends who look out for one another. 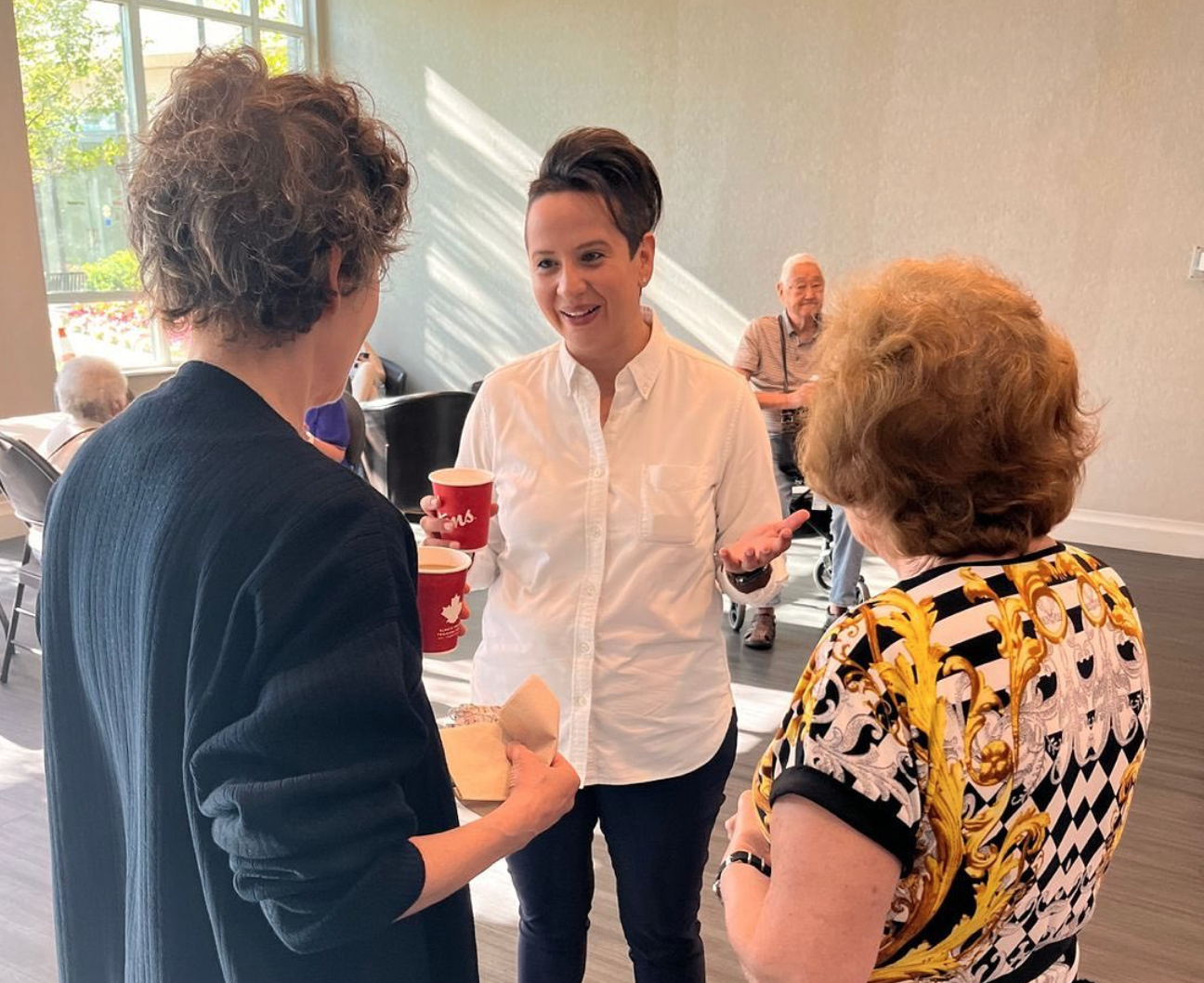 I had a great time this morning meeting with the residents of 100 & 88 Promenade Circle in Thornhill. Always a pleasure to meet and enjoy a

s with our communities. 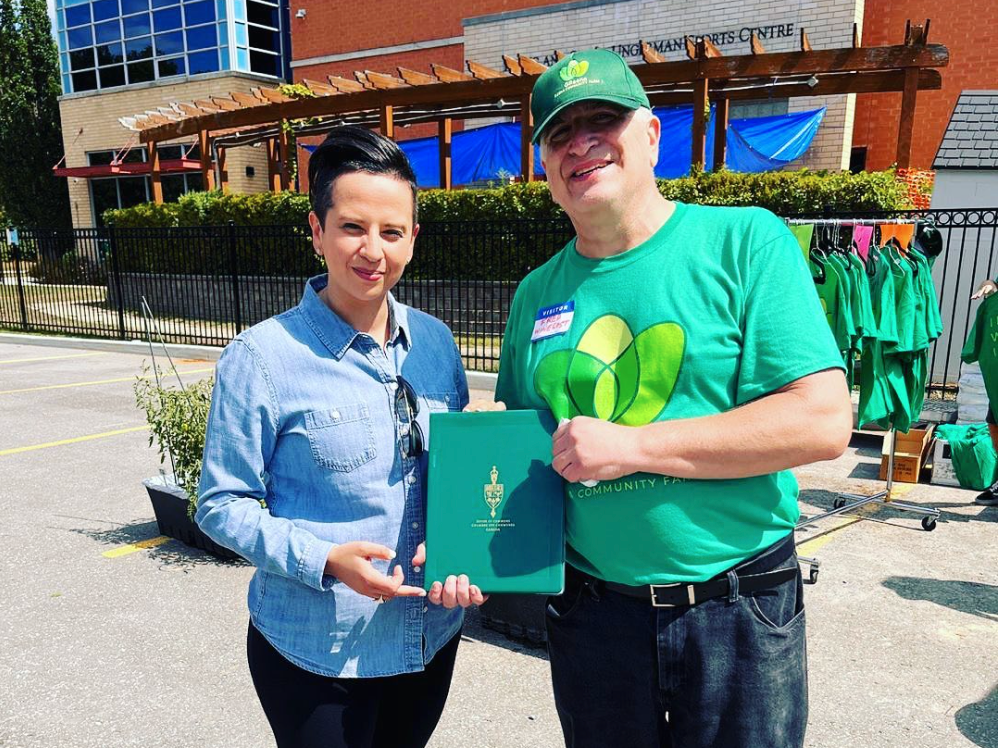 In 2021, Reena Foundation piloted an outdoor farming program, and now, Reena Group Homes are in “Eat What You Grow” mode, able to pick up produce, service Meals on Wheels, and barter with York Region Food Network. None of this would have been possible without Fred Winegust. I awarded him a Queen Elizabeth Platinum Jubilee pin for his service to our community - for this and for his many other endeavours. Congratulations, Fred! 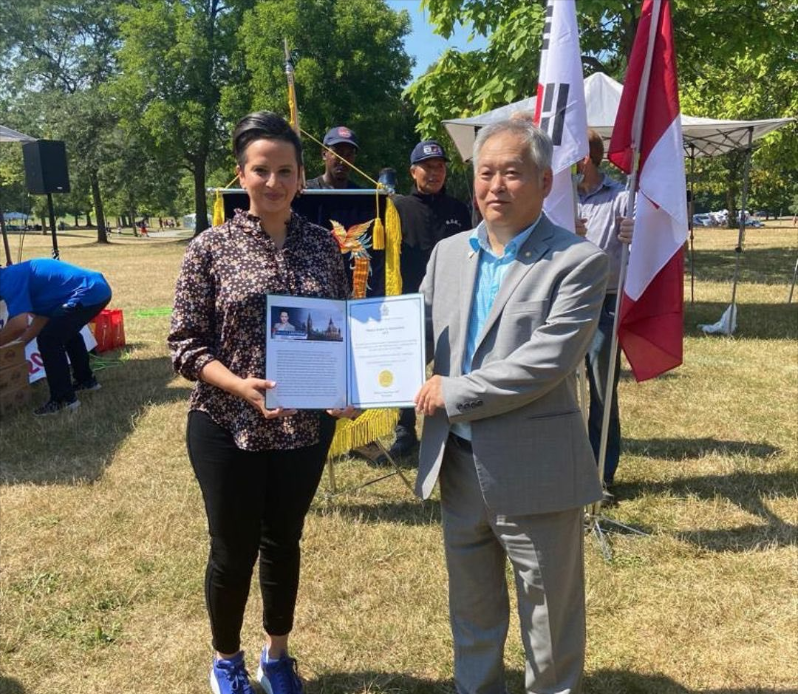 I joined the Hanca Seniors Association for their annual summer picnic in the park. Congratulations to U-Hun Lee for another successful event and for his tireless efforts to engage the elders in the Korean community. 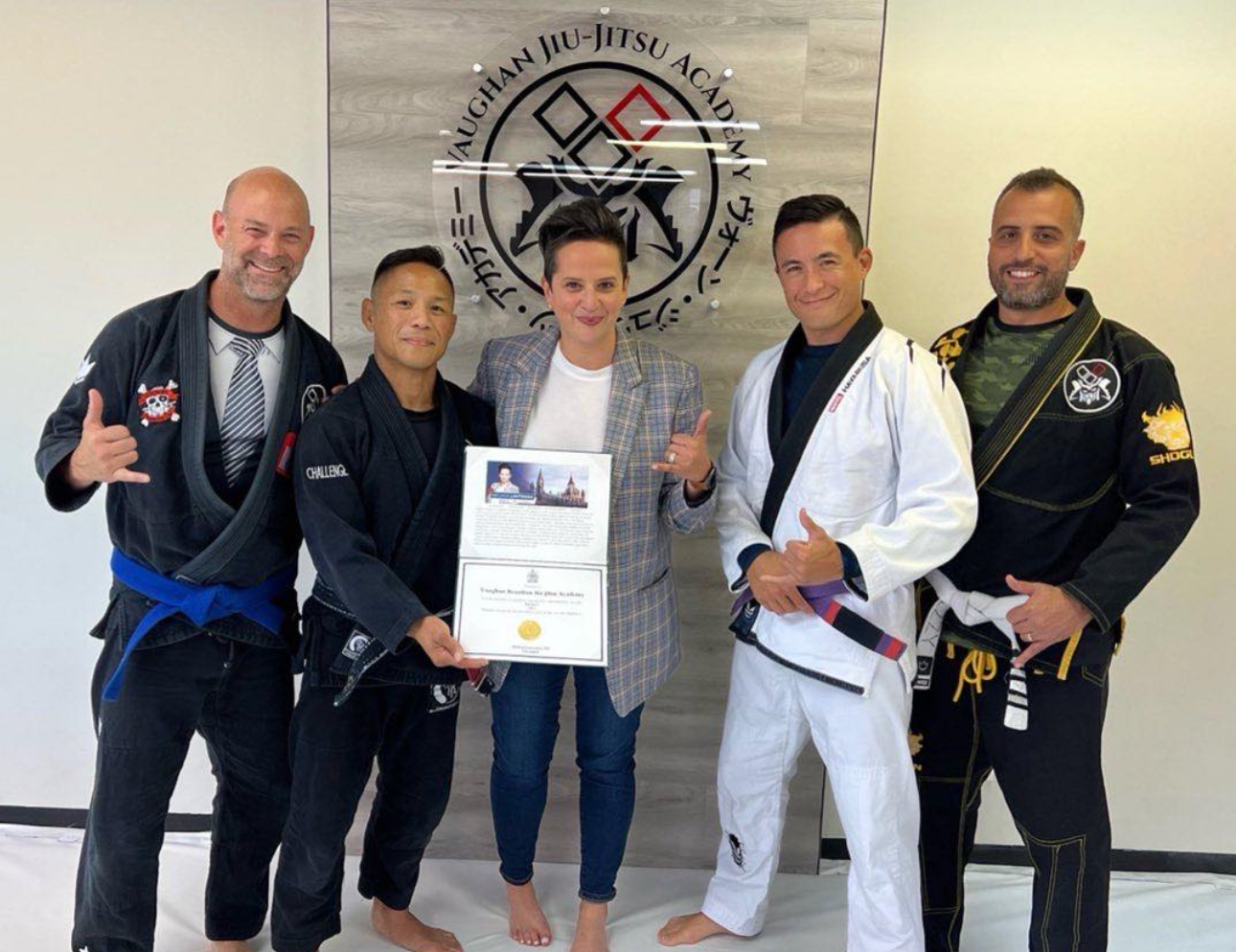 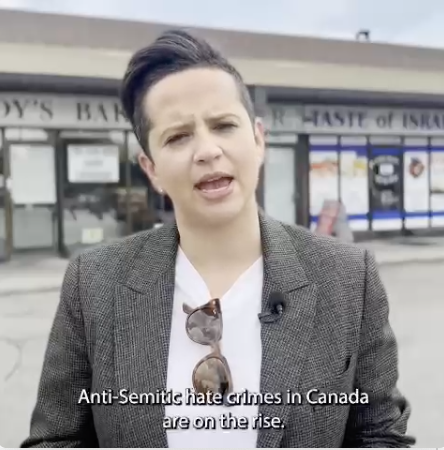 People who incite hate are not friends of Canada and should not be on the government payroll. Full stop. No exceptions. The silence speaks loudly on what is becoming a pattern. 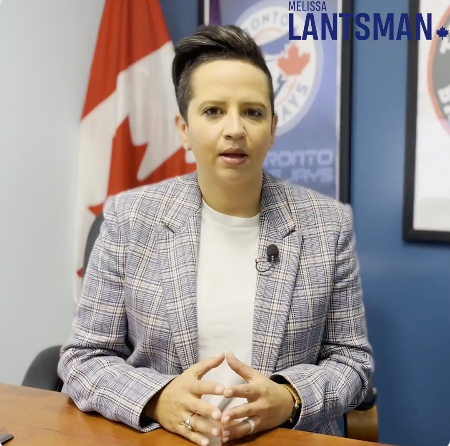 The only thing that’s not economically viable in Canada is this Liberal government. Time to get Canada moving.